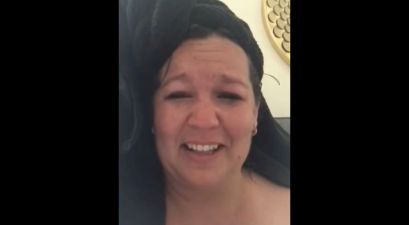 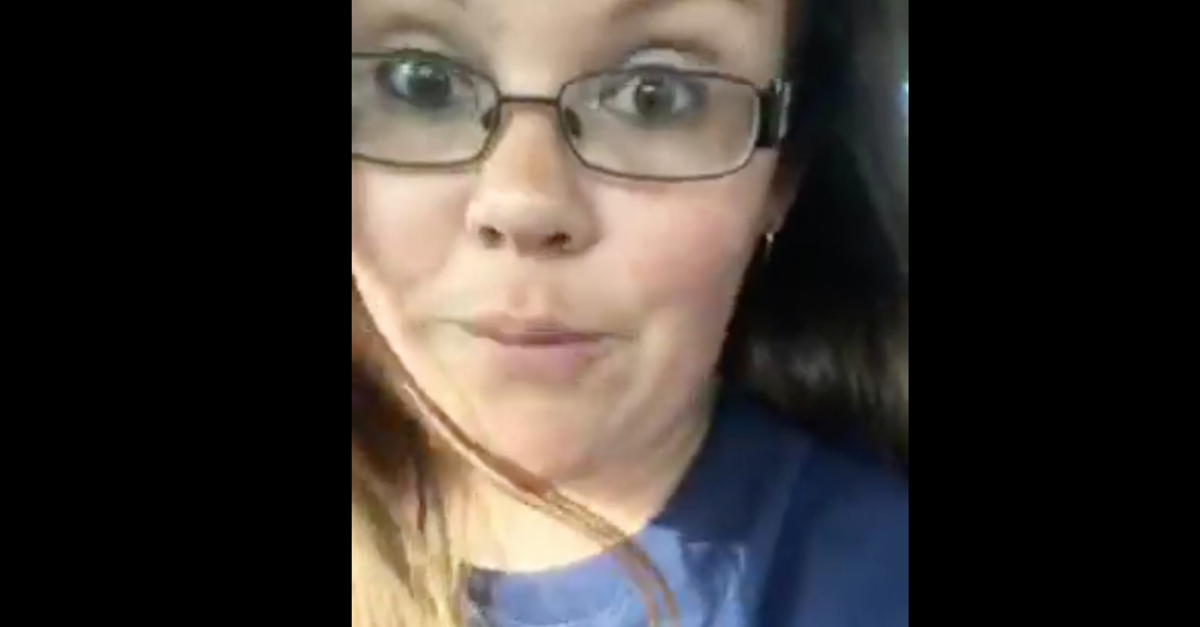 Garth Brooks has caused millions of fans to lose their minds over the course of his current “World Tour,” but none of those fans has taken it as far as Kimberly Hardman of Orlando, Florida.

You may have seen the video of Kimberly going onstage with Garth to get him to autograph her shoulder. She wanted to get the autograph tattooed after he signed it, but Garth agreed to sign her shoulder only after Kimberly’s mom gave him permission to do so.

RELATED: Garth Brooks didn’t know what to do when he got this fan’s crazy request

It’s all on video, and the onstage moment is hilarious to watch.

Kimberly’s Facebook Live video after the show is what’s really got us rolling on the floor, though. She starts it off talking breathlessly into the camera saying, “I just got out of the Garth Brooks concert, and some shit happened, and I’m gonna use some foul language in this video. So, dad, I’m so sorry, but mom said it was OK if I cussed.”

She then goes on to explain what went down onstage.

“He brought my ass onstage, y’all!” Kimberly continues, “I was onstage at the Garth Brooks concert. Y’all don’t even know! So, I get up there, and Garth is so cute in person. Y’all don’t even know. I took the cutest selfie with him. I can’t even. My mouth is so dry. I’ve got no voice. I’ve been screaming so hard.”

Then Kimberly finally gets down to describing the actual moment Garth wrote his name on her shoulder, and that’s where things really start getting amazing and weird all at the same time.

She says, “He took my marker and he signed my freakin’ shoulder, y’all! He signed my body! Garth touched my body! I don’t even know what to do! I can’t stop yelling! Shit’s out of control right now.”

The ultimate Garth Tattoo, with 10,000+ friends

Recently Garth Brooks invited Kimberly Hardman on stage to "sign her shoulder" so she can get it as a tattoo! Garth even asked her mother "if it was okay" first. Mom approved, and it went down like this! Congrats Kimberly on your very cool moment!OUR QUESTION — Who has a cool Garth tattoo? Let us see!! :DIt can be a signature, like Kim's or lyrics or his photo or even his logo!

The steamy description continues, “I hugged Garth at the end and he was so sweaty. I would not let go. I put my whole body on him. I touched his whole sweaty upper body with my arms. It was amazing.”

RELATED: See why this Garth Brooks’ superfan broke down in happy tears

Whew! That is hands-down the most graphic description of an autograph signing we’ve ever heard.

Garth got a big kick out of Kimberly’s enthusiasm and even talked about their memorable encounter on his Facebook Live show, “Inside Studio G.”

Congratulations on your new ink, Kimberly! You’ve certainly given us plenty to smile about with your hilarious video.