Watch Luke Bryan rock a leotard in this hilarious clip 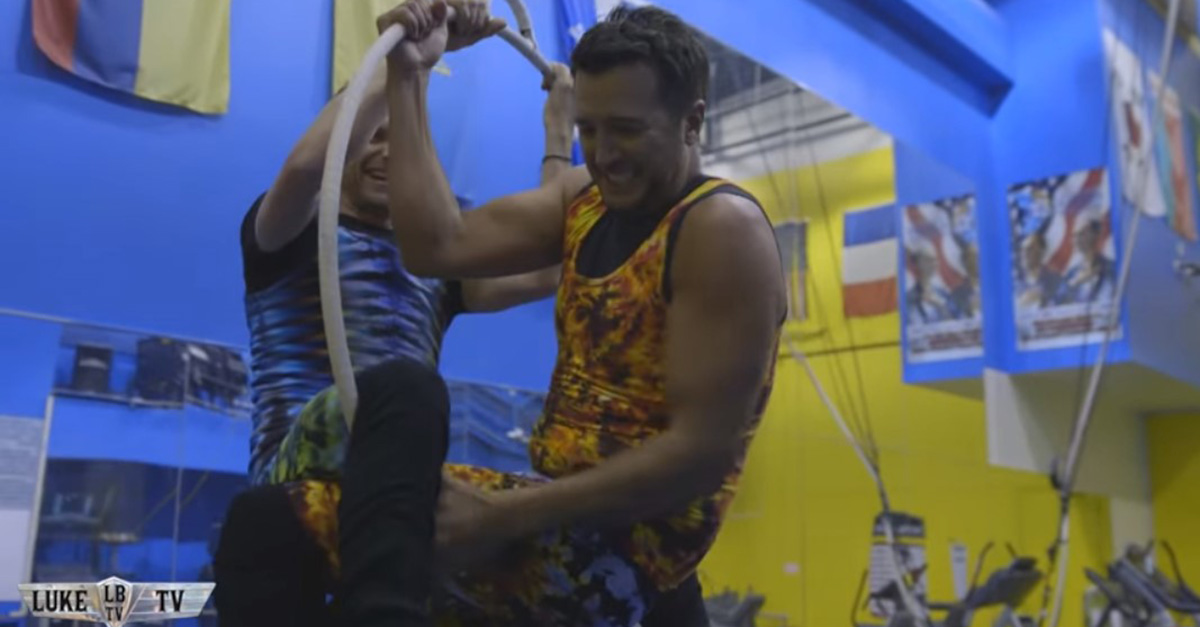 Luke Bryan and Dierks Bentley have a bromance that is unlike any other. They?ve proven that over the last two years, co-hosting “The Academy of Country Music Awards” together.

Now, the 40-year-old ?Fast? singer is looking back at some of the unforgettable moments that he and his country pal have shared.

RELATED: Luke Bryan gives us a big hint about his next musical moves

In a June 3 tweet, Luke jokingly wrote, ?Nothing to see here people.? He was, of course, referring to a funny video that he uploaded along with the tweet.

The clip, an episode of Luke?s ?LBTV? web series, features never-before-seen footage of Luke and Dierks taking part in hilarious mischief. They are shown putting on leotards, and swinging together on an aerial hoop. Of course, sharing the hoop makes for a tight squeeze for the artists. So, Luke makes it known that he and his buddy are a little too close for comfort.

?That?s not the image we want,? Luke says looking horrified before telling Dierks, ?Get off! That?s disgusting. Let us down.?

After their ?Dierks du Soleil? moment, Luke and Dierks showed off their chiseled bodies onstage with Vegas-based dance act Thunder From Down Under.

The bright-colored body suits and Thunder From Down Under were all part of what was ultimately included in their opening monologue for the 2017 ACMs.

Watch Luke and Dierks take hilarity to a whole new level in the video above.