Watch the Danica Patrick interview that has NASCAR fans fuming 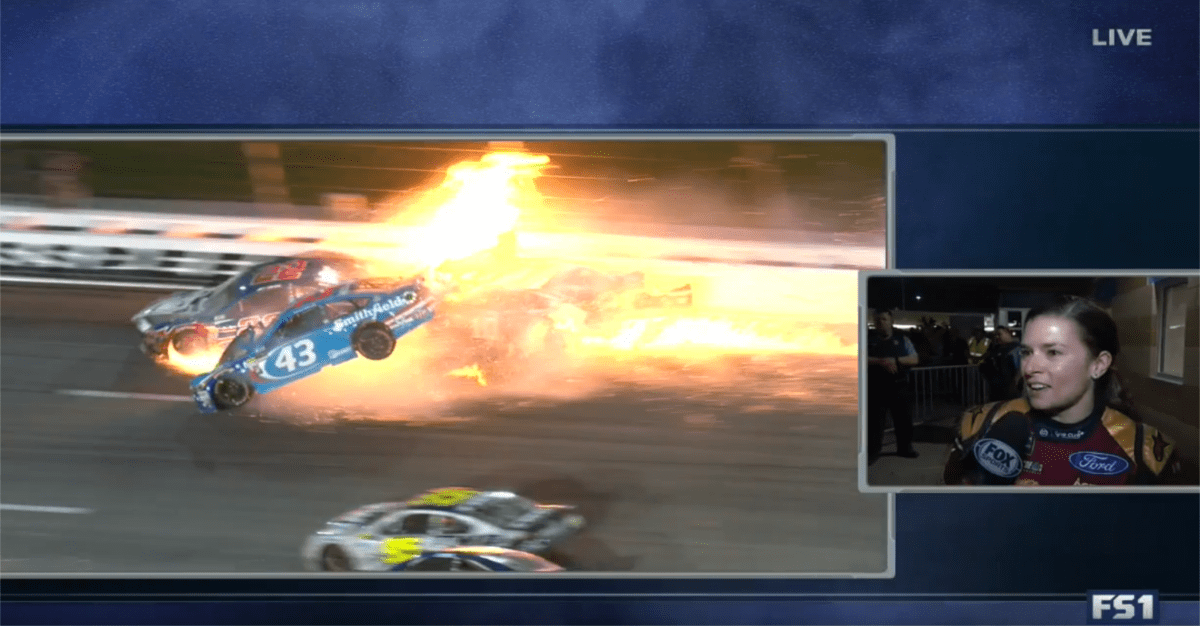 A horrifying crash occurred at the May 13 NASCAR race at Kansas Speedway, where injured driver Aric Almirola was airlifted to a local hospital for further care.

Just minutes after that wreck, Fox Sports’ reporter Jamie Little interviewed NASCAR driver Danica Patrick, who was also involved in the accident. She had just been released by the infield care center when the following interview took place:

As Danica began to speak, NASCAR fans assumed she would join them in concern for her fellow driver, who had a series of unknown injuries at the time.

“I feel absolutely horrible,” Danica began. “I just don’t understand why so much bad luck happens.”

Fans assumed Danica was talking about Aric, who was stuck for several minutes in his destroyed racecar before he was removed and taken out on a stretcher.

“I feel physically fine and the laughter is merely just what can I do but laugh about it,” Danica continued. “What else can I say? We were having a really good night and that’s what makes me the most mad. Every time I’m doing better, something stupid happens and it’s just killing me.”

While she did briefly mention her concern for Aric toward the very end of the interview, the damage had already been done. NASCAR fans quickly headed to social media to express their displeasure at her comments.

@DanicaPatrick I've never been so disappointed with a driver's post wreck behavior as I was with you today. Prayers for Aric Almirola.

Danica Patrick just gave the most immature, self-absorbed interview. Almirola left on a stretcher, but it's all about Danica's problems.

That Danica Patrick interview made me cringe. Just..I'm going to stop right there. #Nascar #NASCARonFS1

Danica Patrick has been reevaluated by the infield care center and has been admitted to sensitivity training. #classless #PrayforAric

Based on the looks of the accident, perhaps Danica was simply unaware of the severity of Aric’s back injuries. Nevertheless, she will certainly be hearing from fans about her post-race actions for many days to come.