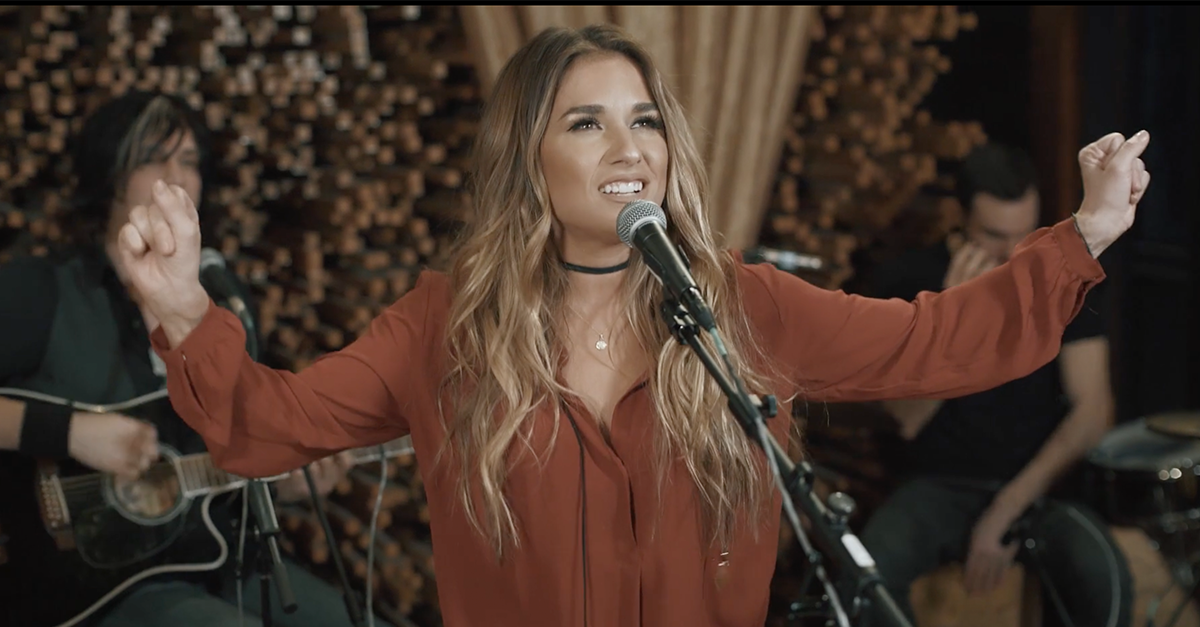 Jessie James Decker hit the recording studio to film a one-take performance of her latest single, “Lights Down Low,” and Rare Country is proud to bring it to you first with this exclusive premiere. What you hear here is exactly what Jessie sang in the studio that day.

She tells Rare Country, “It was my idea to do something stripped-down with no tweaking and no editing. I just wanted them to hit record and let it come out. If there were little imperfections, I wanted people to hear them.”

It’s that same raw approach that has led Jessie to amass some 2.4 million devoted followers on Instagram. On her feed, she gives fans an intimate look at her hectic life with husband, New York Jets wide receiver Eric Decker, and their two very young kids.

Morning coffee breath kisses are my fav. Oh and Viv mouth full of cinnamon roll photobombing us is pretty funny too haha

There’s no grand design to what she will or won’t share on Insta. Jessie’s just going with her gut, and that instinct guides her overall approach to music, too.

She says, “I think one of my skills is just kind of going with my gut and being impulsive and not thinking too much about things. I think people can feel that. There’s a sense of being genuine and a sense of just being very natural whenever just go for it.”

“Lights Down Low” is just the tip of the iceberg when it comes to Jessie’s new music. She’s currently putting the finishing touches on a new EP. Throughout the recording process, Jessie has been connecting with her fans via social media to get their opinion on which songs make the cut for the new project.

Says Jessie, “They are the reason I am here to this point. In this situation, they are one hundred percent the reason why I’m having success is because of my fan base. So, I want to cater to them and include them in every way possible.”