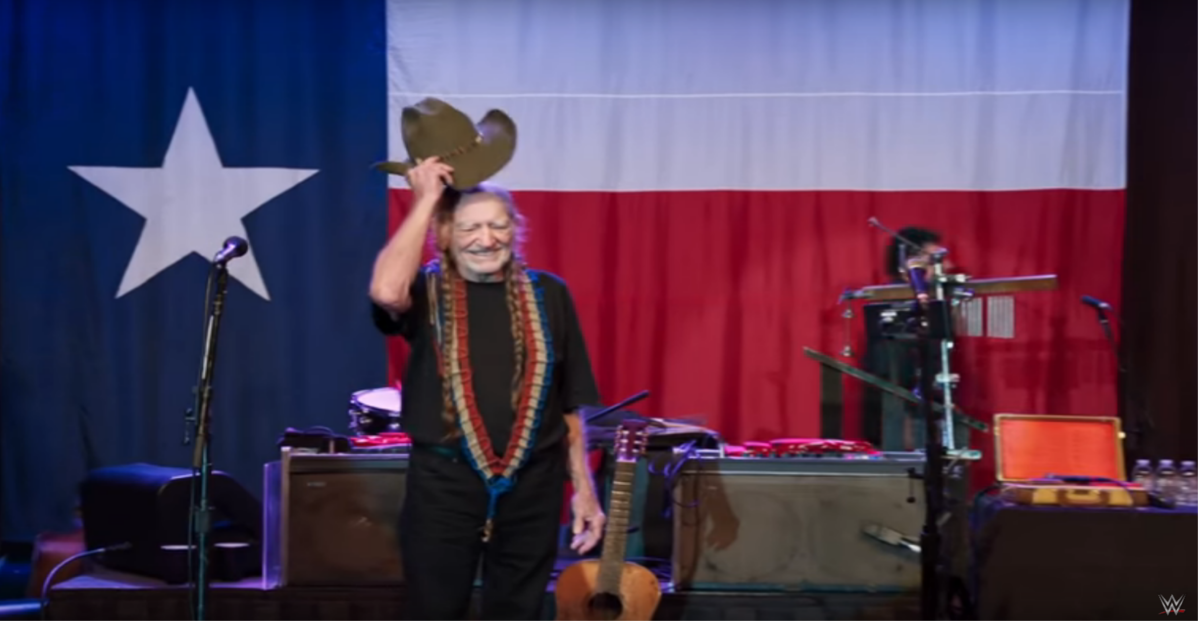 Through the years, Willie Nelson has made a number of career moves that country music fans were surprised by, like teaming up with Snoop Dogg on “My Medicine” back in 2009. But even at the age of 84, he continues to make them.

And that?s what makes him awesome.

RELATED: Willie Nelson addresses rumors of his death the best way he can

On May 3, wrestling and country music fans alike got their first look at the trailer for what looks to be a very sweet movie.

RELATED: Blake Shelton lost it over this “The Voice” singer’s Willie Nelson performance

According to a press release posted on wrestlezone.com, the movie will be released on Aug. 1 and includes fellow country star Laura Bell Bundy. Perhaps the coolest part of the movie is that it is filled with music as the backdrop to the sweet story of two teenage sisters attempting to make their dreams of stardom come true in Nashville.

Featured songs in the much-anticipated movie include Willie?s ?We Don?t Run? and Laura?s brand-new song ?Grass Ain?t Greener.? The movie trailer comes out just days after the release of Willie?s new album, ?God’s Problem Child,? which includes 13 new songs, half of which Willie holds songwriting honors on.