On Thursday night, actress Allison Williams from the hit HBO show “Girls” was joined by Samuel L. Jackson (who is promoting his new film “Kong: Skull Island”) on the set of “Watch What Happens Live with Andy Cohen.” At one point during the show, Cohen read off a few audience questions and one fan asked, “What’s worse, when a guy gets a boner during a sex scene or when he doesn’t?”

Williams admitted, “We debate this a lot” and said that “it is flattering but upsetting when it happens, and it is also unflattering and upsetting when it doesn’t happen.” That answer evoked a few scattered hoots from the audience and Jackson groaned, “Oh, bullshit, bullshit, bullshit.” Apparently, during a sex scene, the actors wear “socks” and Jackson explained that “I always apologize first. I say, ‘I’m sorry if I do and I’m sorry if I don’t.'”

RELATED: What a view! Watch Samuel L. Jackson shamelessly check out some fine ladies at the BET awards 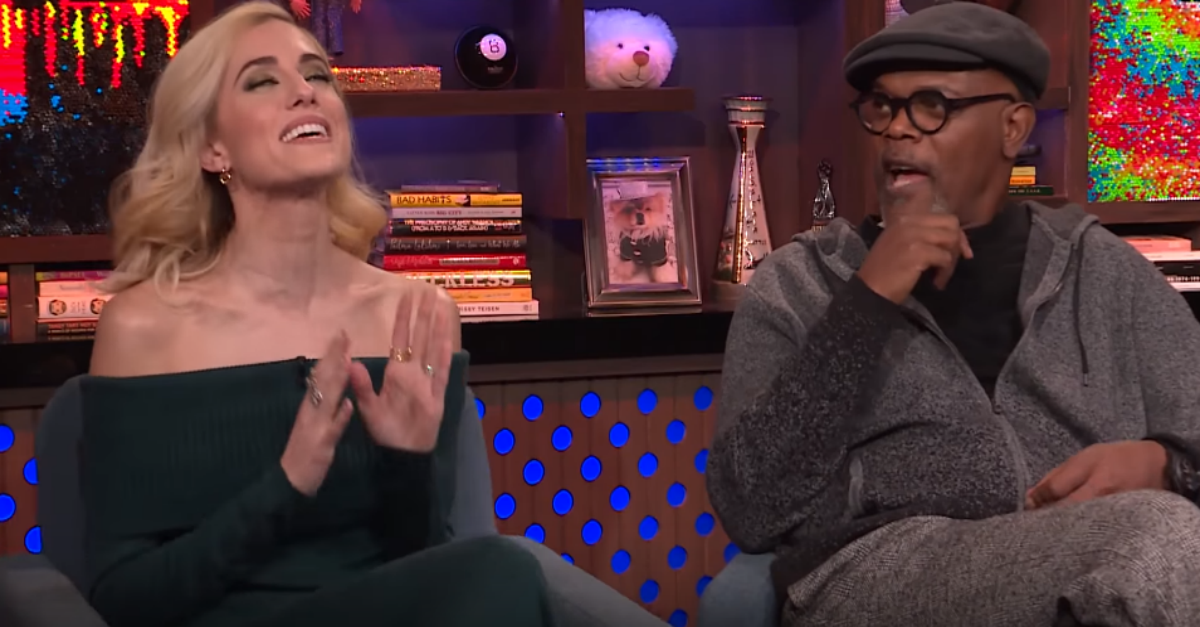