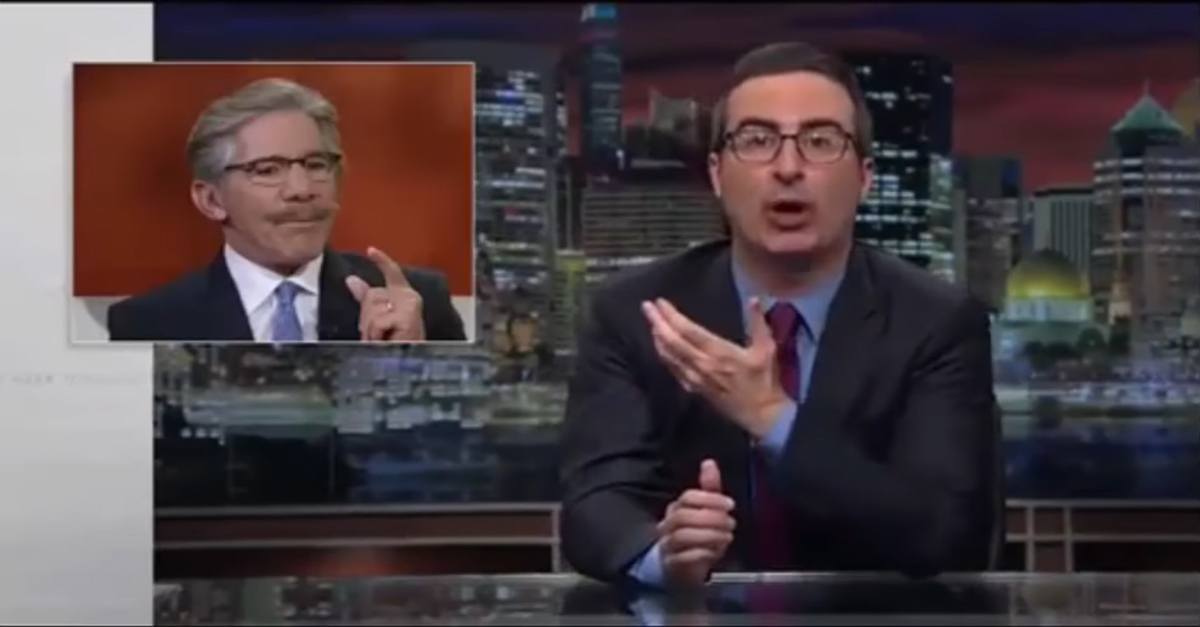 John Oliver told his viewers to expect President Trump to make more decisions like the one last week that led to the launch the “Mother Of All Bombs” in Afghanistan, because Trump ?is a man who responds to praise and, yet again, he is being praised for this.? Oliver specifically mentioned “Fox & Friends,” Trump?s favorite morning show, where a video of the bombing was described as ?what freedom looks like,?  after which Geraldo Rivera claimed that one of his favorite things during his 16 years at Fox News has been “watching bombs drop on bad guys.”

Oliver played the “Fox & Friends” clip on his show, before laying into Rivera: “That?s a coincidence, because one of my favorite things in four seasons on this show is getting to look directly into the camera and say ?Fuck you, Geraldo! I hope your mustache gets caught in a box fan.’?

Geraldo Tweeted out a rebuttal on Monday morning: