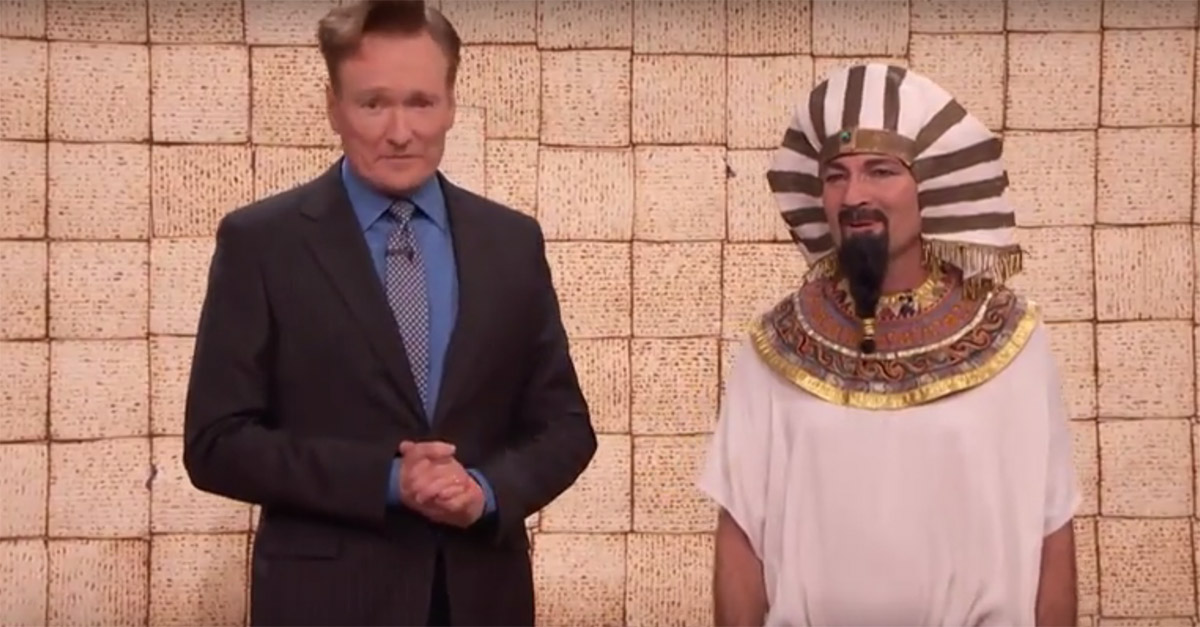 For the season of the Jewish holiday of Passover, Conan and the crew at his show decided to repeat a traditional celebration. To mark the occasion in which the Jews were led out of slavery in Egypt, he and Andy Richter decided to hurl the pharaoh, the Egyptian god-king of ancient times, through a wall made of matzo, a traditional Jewish food.

RELATED: These dudes played “Killing In The Name Of” on toy instruments — and it’s almost as rocking as the original

This is the second time “Conan” has celebrated the festival and last year, they were fortunate enough to find a guy dressed as the pharaoh in the audience. It seems luck was once again on their side, as another regally adorned man was found in the crowd, totally by coincidence, we’re sure. Though he maintained that he was just an extra in the new Mel Gibson Bible movie who had stopped by to watch a taping of “Conan” and was in fact Jewish himself, Conan and Andy disregarded his protests. When he would not let Conan’s people go (Who would Conan’s people be? Towering Irish comedians?), they tossed him through the matzo wall.