Ellen DeGeneres played ‘Su’Move It, Move It’ with Jessica Simpson and hilarity ensued 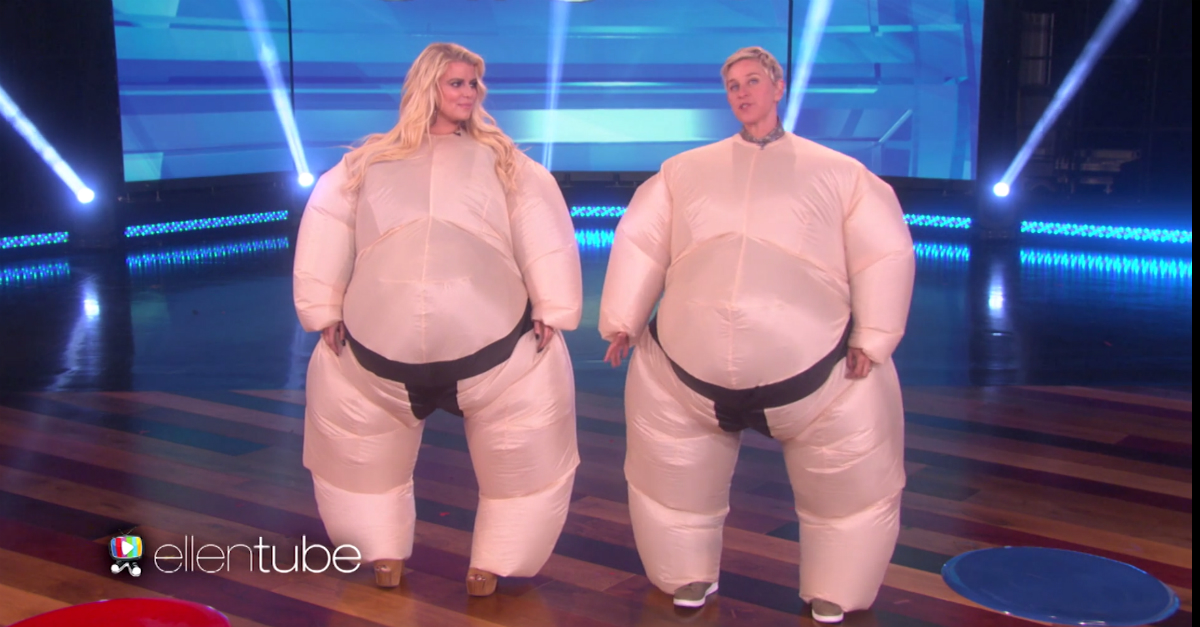 Pop star turned entrepreneur Jessica Simpson appeared on Monday’s episode of “Ellen” to discuss a variety of topics, such as her inevitable return to the recording studio, her IUD and the fact that she now lives in the former home of rock legend Ozzy Osbourne.

RELATED: Alec Baldwin reveals that Donald Trump was invited to appear alongside him on “SNL.”

After their chat, Simpson and Ellen played a couple of rounds of ‘Su’Move It, Move It’ — which is like Charades only you have to wear one of those inflatable sumo suits that completely strip you of all dignity.

They were given some pretty easy actions to perform, but once those suits are on, easiness no longer exists. Just watch how much effort Simpson puts in to her downward dog.