Every time Ariana Grande said “um” in her speech, this kid ate a hot pepper — we don’t envy him 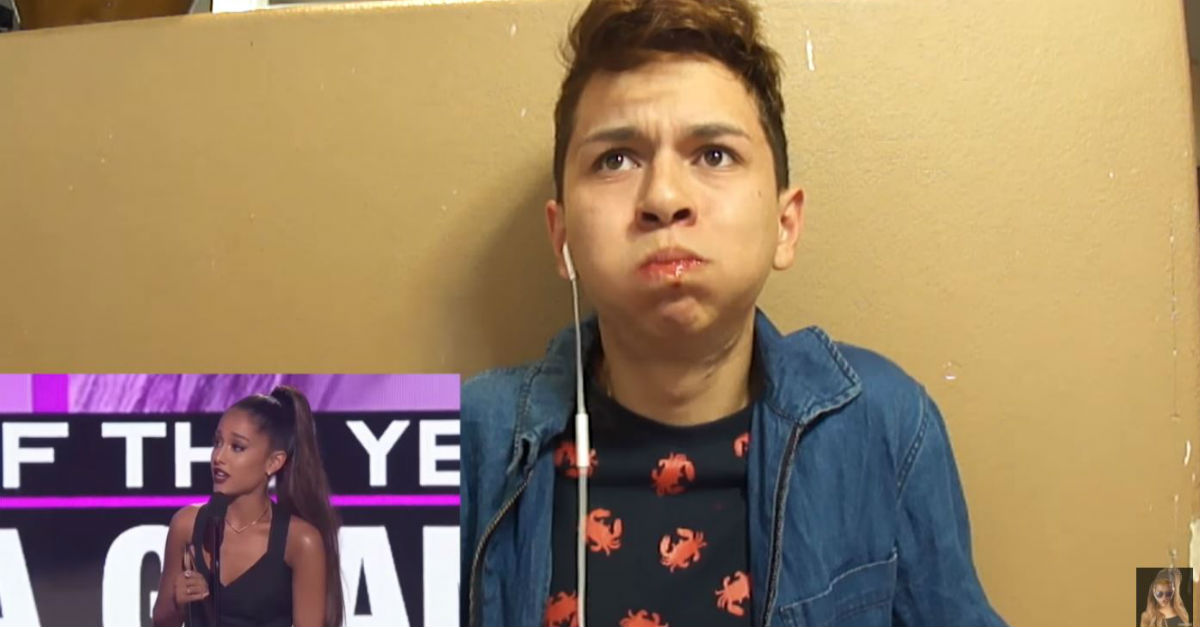 Ariana Grande is one of the biggest pop stars in the world at the moment. In recent months, she’s constantly in the news since her concert in Manchester was bombed by Islamic terrorists. But, one YouTuber is earning his fame, with the help of Grande, in a different way — by torturing himself with hot peppers.

The young man, whose YouTube handle is Mr. Grande, decided to eat a hot pepper every time Grande says, “um.” He picked Grande’s speech from the 2016 American Music Awards, and it might not have been the best speech to pick.

He looked like he was going strong there at the beginning, but it certainly didn’t finish well. After nine peppers, he lost the ones that he had managed to eat into a plastic bag.