George W. Bush photo-bombing a sports reporter is the moment of madness we all need right now 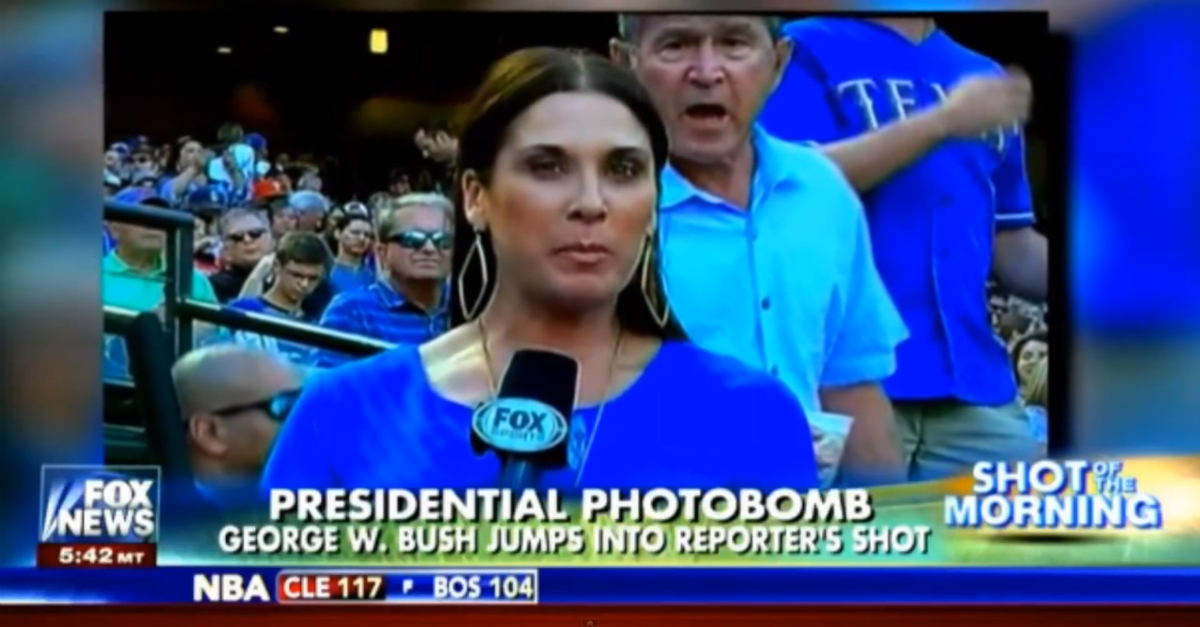 The 43rd president noticed the camera as he emerged from a tunnel and yelled “Hey!” as he walked behind Fox Sports Southwest’s Emily Jones in the middle of her live report of the Rangers-Phillies game that was taking place.

Jones had no idea that she had even been photobombed, but she later referred to it “her favorite photobomb ever.”

My most favorite photo bomb ever! https://t.co/RUyKrjeT3z

Can someone please explain to me why George Bush is out here photobombing liveshots? pic.twitter.com/0L2xlxqy7t