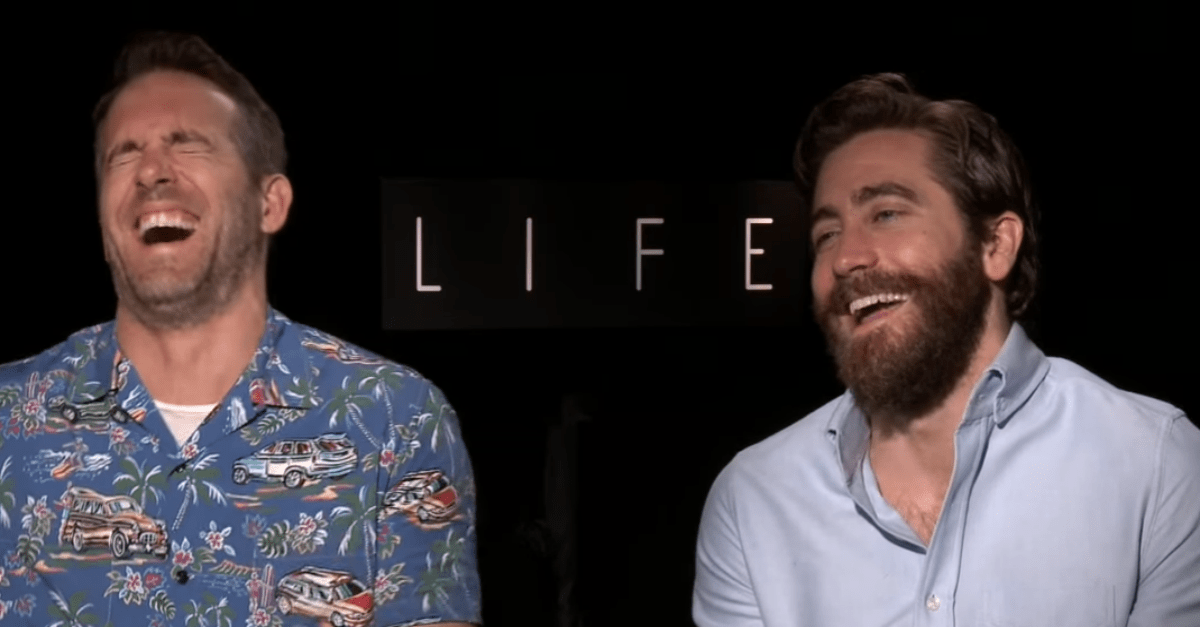 Ryan Reynolds and Jake Gyllenhaal are two of the most personable men in Hollywood — and in a recent interview, the two showed off how different they are than a lot of people in show business. The pair are currently promoting their film “Life,” and they’ve been doing constant interviews with almost every outlet that wants to get in front of them.

RELATED: Jake Gyllenhall talks to Conan about transforming for roles and Ronda Rousey kicking his ass

In a meeting with Fox DC’s entertainment reporter, their interview quickly descended into a madness that included the two of them admitting, “We’re idiots,” and double-entendres like “big oner.” This was probably about the hundredth interview that the pair have gone through already, and it’s really hard to blame them for failing to keep a serious face.