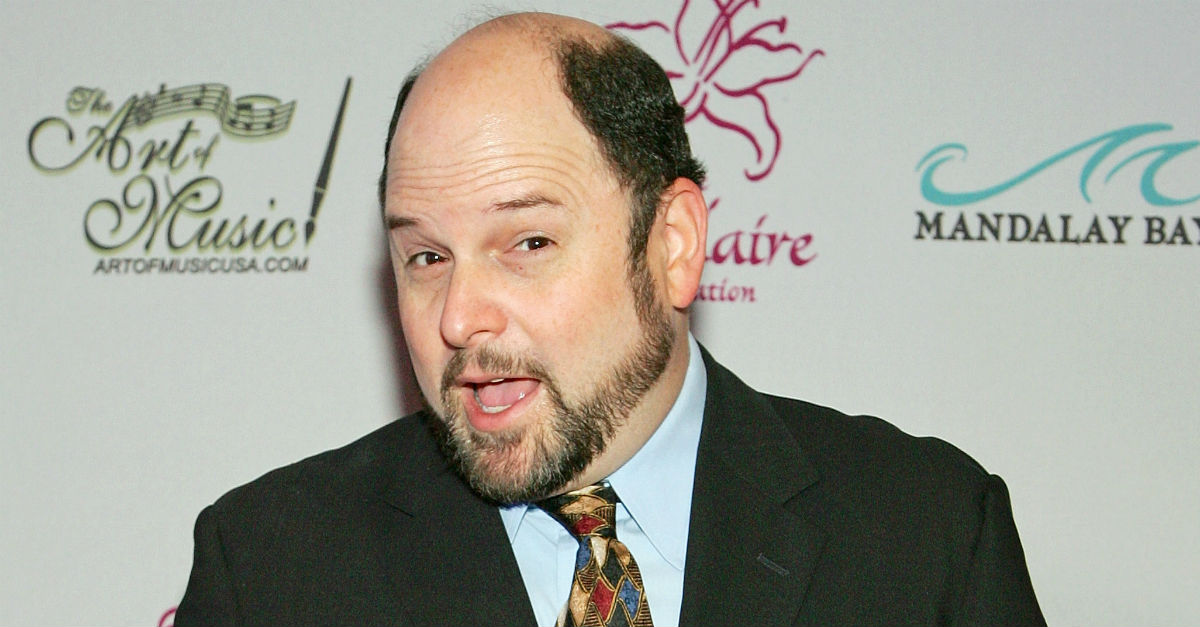 Even the occasional “Seinfeld” fan is familiar with George Costanza. The neurotic and self-loathing bald man is always trying to figure something out. And more often than not, he’s failing at it.

RELATED: Jackie Chiles of “Seinfeld” fame might be the best attorney in history — here are his greatest hits

Costanza is played by Jason Alexander, who also appeared in “Shallow Hal” alongside Jack Black.

Alexander was taken aback while shopping when he noticed an overweight, dumpy looking mannequin that bore a shocking resemblance to his character. He joked on Twitter, “if anyone puts glasses on the second one, there will be a lawsuit.”

Don't know who made these mannequins. But if anyone puts glasses on the one 2nd from the left, there will be a lawsuit. pic.twitter.com/hGXk13S8Yt

Ironically, the real-life encounter mirrors a plotline from “Seinfeld.” In the 5th season, the “Seinfeld” episode “The Pie” featured Elaine (played by Julia Louis-Dreyfus) discovering a mannequin that looks just like her. Eventually, Elaine, George and Jerry steal the mannequin after it’s left undressed in the store. Hopefully, the same doesn’t happen to the Alexander look-a-like.