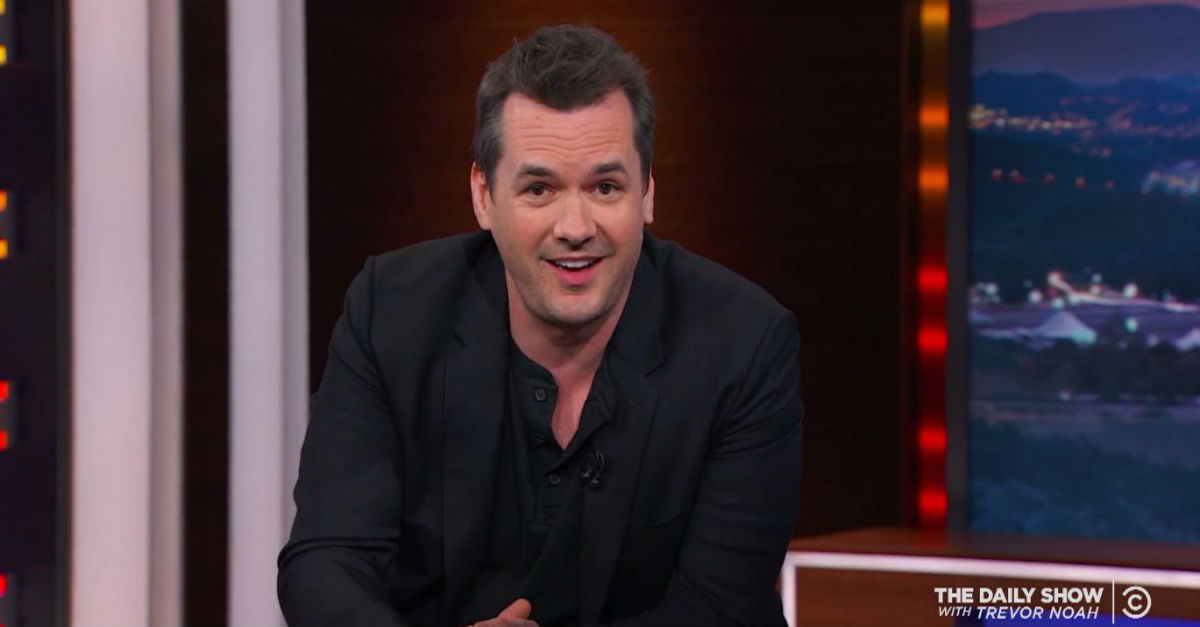 Australian comedian Jim Jefferies has made quite a name for himself in America. In fact, many people say that he’s bigger in the United States than he is in his home country. On Thursday night, Jefferies stopped by the Daily Show and spoke with Trevor Noah about the Trump administration.

Jefferies is actually preparing to launch his own show, “The Jim Jefferies Show,” which will launch on June 6th on Comedy Central.

RELATED: Watch Piers Morgan and Jim Jefferies get into an insane argument over Trump’s travel ban

He explained, “knowing everyone’s name is a scary thing. The government is like the human body, you only know about the small things when they start to fail.” He then rattled off members of the administration.

RELATED: Jim Jefferies is no fan of Donald Trump and lets his audience know it in a scathing stand-up set

He then made up a few names and put them as members of the Obama administration, pointing out, those aren’t real names. Jefferies joked “that’s my point, we shouldn’t know. But, unfortunately, at this moment in history. We do have to know […] but I look forward to the day when I can look back to knowing nothing.”