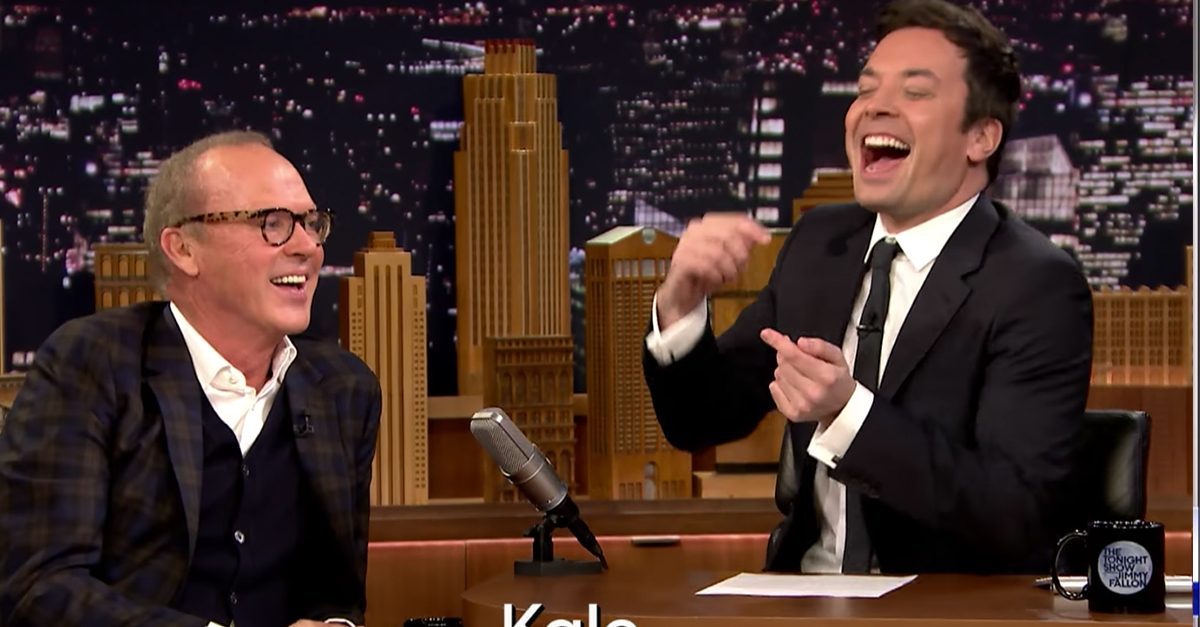 Jimmy Fallon and actor Michael Keaton had some fun with rhyming on  Tuesday’s episode of “The Tonight Show with Jimmy Fallon.”

Keaton appeared on the show to promote his new film, “The Founder,” where he stars as Ray Kroc, the man behind the iconic American franchise McDonald’s.

In “Rhyme-versation,” Keaton and Fallon were challenged to have a full conversation in which each person’s response needed to rhyme off the other’s.

In an example, at the top of the segment, Fallon complimented Keaton on his “slacks.” Keaton replied that if he didn’t wear them correctly, he might look like a “hack.” Keaton later added that he got his “slacks” at “Saks.”

As the segment continued, the rhymes got a little more difficult, and Keaton and Fallon couldn’t hold back their laughter as they brought the game to a close.