While Donald Trump runs the country, Barack Obama has been relaxing and generally not caring. In fact, the former president has popped up playing golf in Hawaii and walking the streets of New York while wearing a backwards baseball cap.

Obama is actually back in Washington after his time out of the spotlight and, according to Conan O’Brien, Trump is still calling him.

RELATED: According to Conan, Trump called Obama to tell him about having his cat arrested for treason

The phone calls that O’Brien snags never seem to be about policy. The ones featured on Tuesday night included a lot of talk about the Oscars. And apparently, Trump thought that the bathroom bill was about letting Transformers use human bathrooms.

It seems that Obama hasn’t heard the last of his successor. 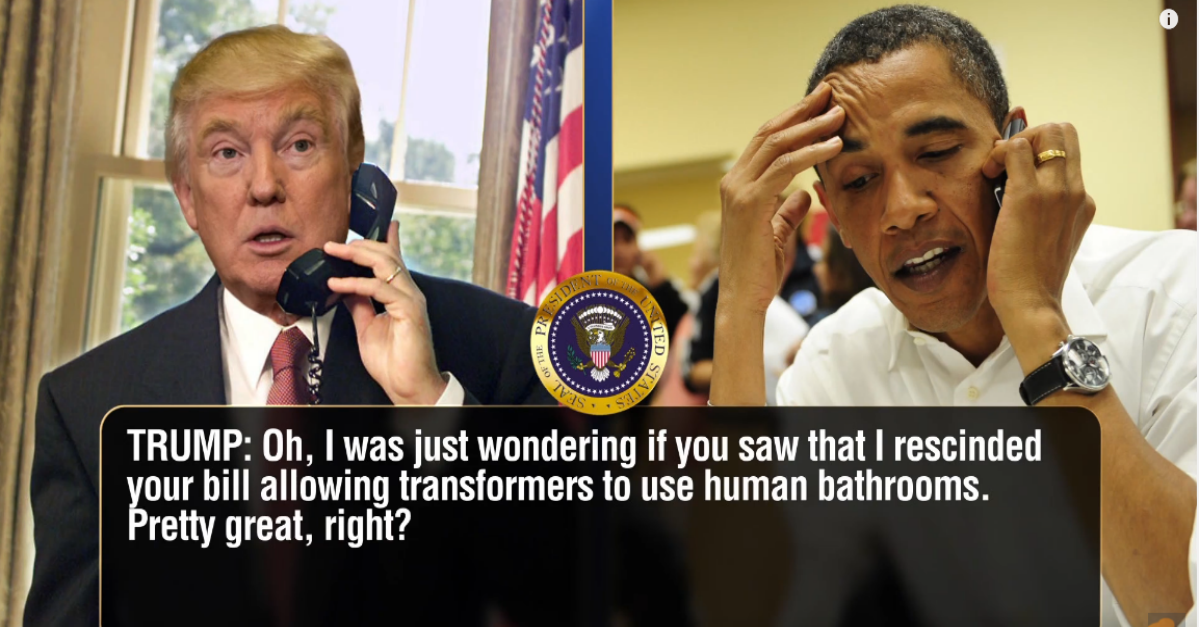