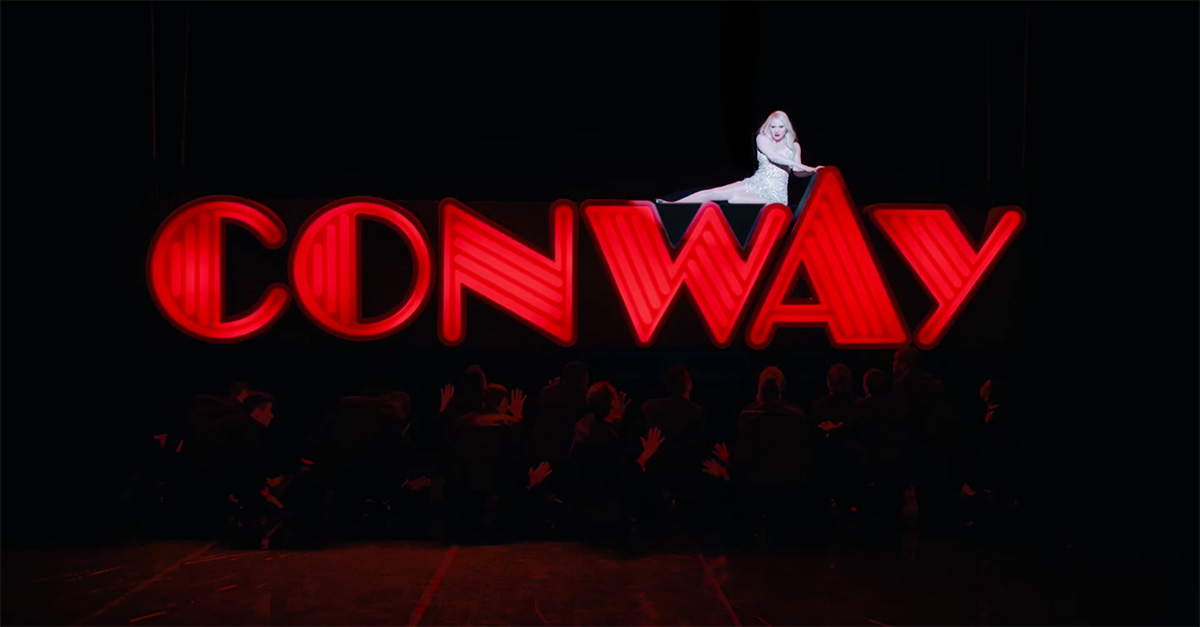 NBC/Screenshot
"SNL" gives us a peek inside the great white way in Kellyanne Conway's head with this sketch, "Conway."

The real winner of Election 2016 wasn’t even in the race, it was “Saturday Night Live’s” Kate McKinnon. As the Hillary Clinton we all wanted to see, she was hilarious and self-effacing, but it was her portrayal of campaign staffer-turned-White House staffer Kellyanne Conway that took center stage last night. Literally.

In a production that could have been nominated for a Tony Award, this short tries to get inside the mind of Conway, seemingly an opportunist who once called Trump “unpresidential” before joining his band of acolytes. And that mind has one thing on it: Kellyanne Conway.

Beginning with an interview with Jake Tapper (Beck Bennett), Conway’s trademark deflection is taken to the 10th degree. “How do you do this?” Tapper exasperatedly asks, at the end of his last rope, finally.

The CNN set breaks away and suddenly we’re in on broadway, with a take on “Roxie” from “Chicago” that brings out a whole chorus line of tuxedoed men to hold Conway up just like she always wanted. “Meet the Press,” “Fox and Friends,” hell, she’d even go on “The Chew” if they wanted her.

RELATED: The Trump era begins on “SNL” with a comforting message from “Putie”

Oh, to be a fly on the wall in the White House this morning, which is a real sentence we just had to type.