There’s only a handful of Blockbuster stores alive, but one of them is killing Twitter 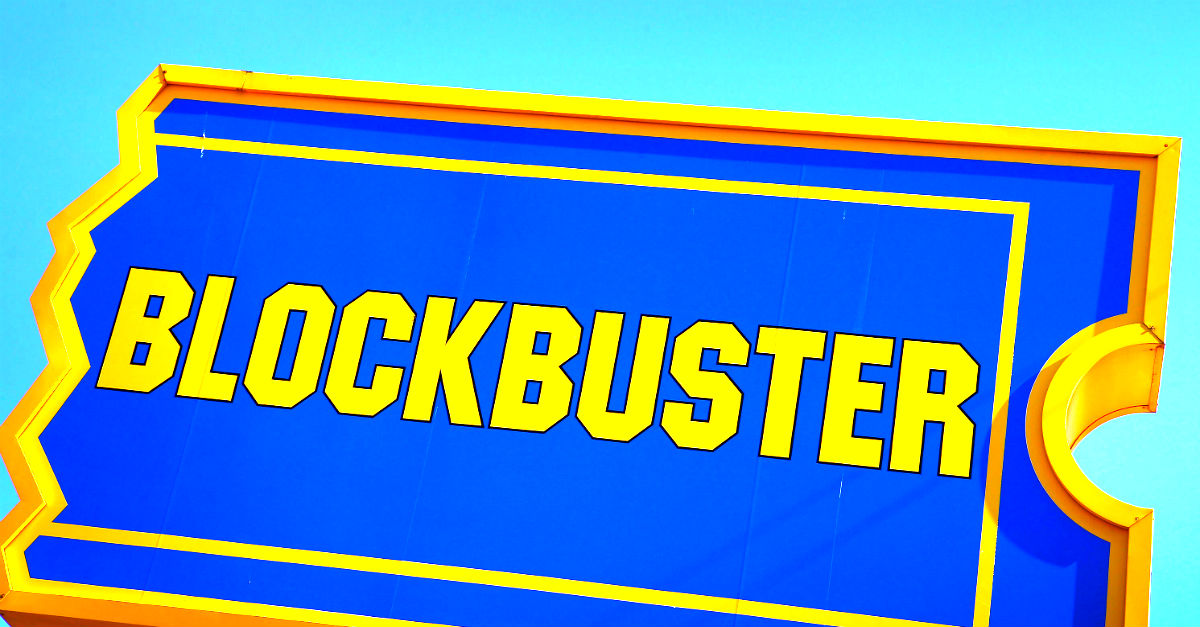 “Blockbuster” is a word that future generations will probably never truly understand. Posterity will never know the feeling of walking in the store and seeing the rows of fresh, newly released VHS tapes. That’s because almost all of the Blockbuster stores have gone under. According to a recent Business Insider article, there are roughly ten stores remaining. That’s out of the 9,000 what were open in the early 90s.

The internet streaming services like Netflix and Hulu have decimated video rental stores. But one store is still alive and they’re raking up the laughs on Twitter.

We're watching Titanic and the boobs part starts in like 15 minutes if you guys wanna get down here.

We don't have Blu-Rays because we signed an exclusive deal with PlasticoDiscs® back in '05.

The account is reportedly located in the Oak Park Shopping Center — though we’re not quite sure that’s a real place. But their Twitter account is certainly real. In April of 2016, just after they got online, they did a rollicking interview with The Daily Dot in which they outlined the struggles of working at the last, struggling beacon of a once-great empire.

Whoever left the piñata in the alley: We'll give you one more day to claim it before we bash it open.

Unlike my ex Kathleen we'll gladly take you back.

A great way to improve your Blockbuster experience is to lower your expectations.

"Films were meant to be watched on DVD, never streamed on the internet. Computers are for looking at naked babes." -Orson Welles

The sign out front says "No Loitering" but seems like you guys read it as "Stand here and vape your dicks off."

A lot of people don't know this but we own a large portion of Netflix. Just kidding our electricity just got shut off.

We were gonna announce our new delivery service today but chandler's mom is being a real bitch about him taking the mercury sable.

Ok why are all of the images on our yelp page photos of our bathroom?