Menu
Follow us
Search
Menu
Search
Dwayne Johnson arrives at the World Premiere Of "San Andreas" held at the TCL Chinese Theater on Tuesday, May 26, 2015, in Los Angeles. (Photo by Rob Latour/Invision/AP)

The new comedy revamp of the popular TV show “Baywatch” finally hit theaters this week and things are not looking good at the box office.

The movie stars Dwayne “The Rock” Johnson and Zac Efron, who play two eccentric lifeguards going above their pay grade to keep crime off their beach. However, not even an A-list cast has stopped critics from ripping into the movie’s predictable plot line and lack of originality.

In a particularly scathing review, Rolling Stone said of the movie, “Think of yourself sitting down for a big two-hour wallow in instant stupid with a vat of popcorn, slathered in fake butter and possibly a mound of melted M&Ms on top. It feels great chugging it down, then your stomach hurts, your head aches and you puke the whole thing up so you can forget about it in the morning. That’s ‘Baywatch’ in a nutshell. Happy puking.”

Most people, including fans, expected “Baywatch” to be a hit or miss, but no one is more surprised about this miss than The Rock, who took to twitter on Thursday to defend the film.

In a series of tweets, he thanks fans for their support and bashes critics. He points out an obvious disconnect, arguing instead that the media is out of touch with the public.

Thx my man and glad you loved the movie. It's the consensus of the people. "Crushing it" is my jam 😂🦍 #Baywatch 🔥 https://t.co/A5vxA9XBjw

Thank you for calling me and @thejonbass beautiful. Suck on that Efron. Have fun watching the movie bud. #Baywatch🔥 https://t.co/5DTpsXDcvV

Perhaps loyal Rock fans can ignore the heat coming at this movie, but it’s going to take a team of lifeguards to save this movie from drowning in bad reviews. 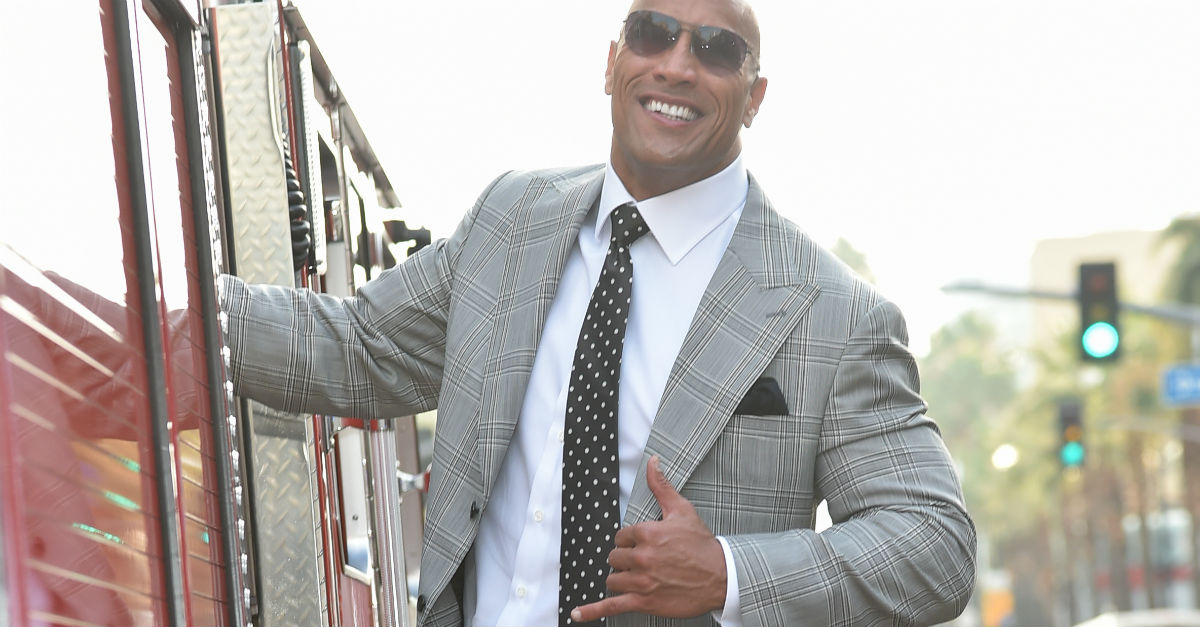