Japan’s oldest zoo hadn’t seen a new giant panda cub in five years, but that has all changed.

RELATED: Zoo Atlanta’s giant panda twins are growing fast, and now you can watch them from home

The Ueno Zoo has welcomed a new baby to the mix, with panda ShinShin giving birth June 12. Now, the zoo is looking for names for the adorable cub, who has yet to go on public view.

In a video released by the zoo, the new cub’s eyes are already open, and it sports the telltale black-and-white markings of its species. Of course, in the footage, the bear is cuddling with mama.

ShinShin’s last cub was born in 2012 and survived only six days. The new baby “appears to be thriving,” says the zoo, and is sure to draw large crowds once it goes on display.

In addition to a drop box at the zoo for naming suggestions, the zoo will take submissions online. It is likely the zoo will wait until the panda is 100 days old before announcing its new name.

RELATED: Progress in possible panda pregnancy at the National Zoo

About 420 giant pandas live in captivity, mostly in their native China; about 1,900 live in the wild. 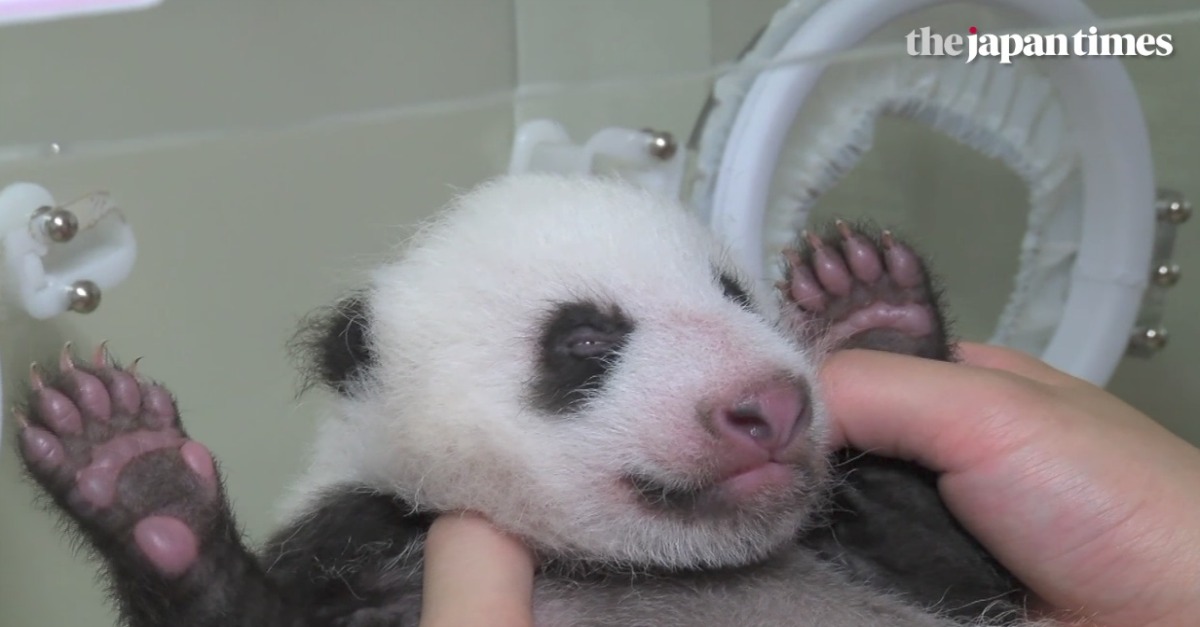