From beetroot soup to octopus, many of these potato chip flavors would make a perfectly normal restaurant entree. Instead, they’ve been given a transformative twist. Take a look at these crazy variations in honor of National Potato Chip Day!

Borsch, or beetroot soup, is a popular dish with Ukrainian origins. Imagining broccoli cheese soup as a chip might not be a big stretch, but beetroot soup? Good thing you don’t have to imagine it, you can try it for yourself!

WUT?! No. Is that real?! We didn’t think so either, until we read this piece in The (London) Telegraph. Cajun Squirrel was a real flavor tested out by British chip manufacturer Walker’s. It’s probably best not to ask too many questions.

These chips might look similar to the beloved Goldfish snack, but the flavor is not that of cheese or pretzel. It’s of actual octopus. To each their own.

These flavored Pringles would be perfectly normal for, say, toast, or peppermint bark candy. Mixed with the salty goodness of a potato chip, though? The jury is out. 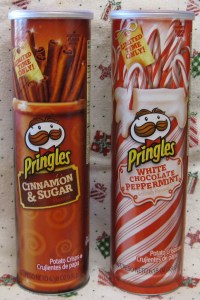 Pickles seem ordinary enough. We eat them on hamburgers, we eat them on sub sandwiches. We even eat them straight out of the jar. But can you really make a potato chip taste like a pickled cucumber? Lay’s, Herr’s, and Old Dutch all say you can. 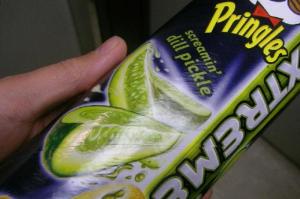 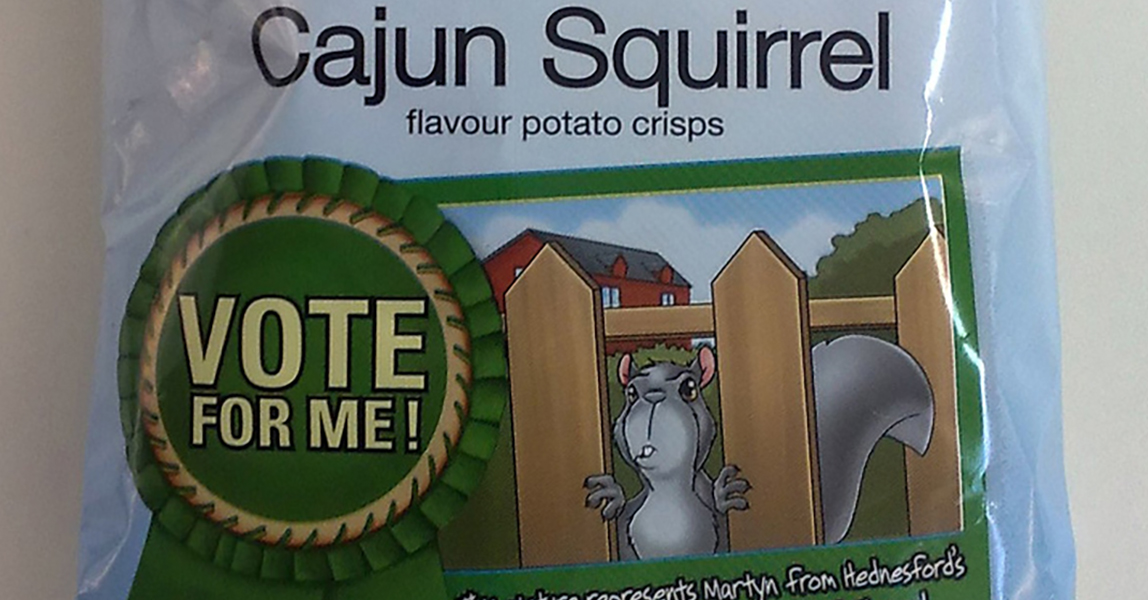