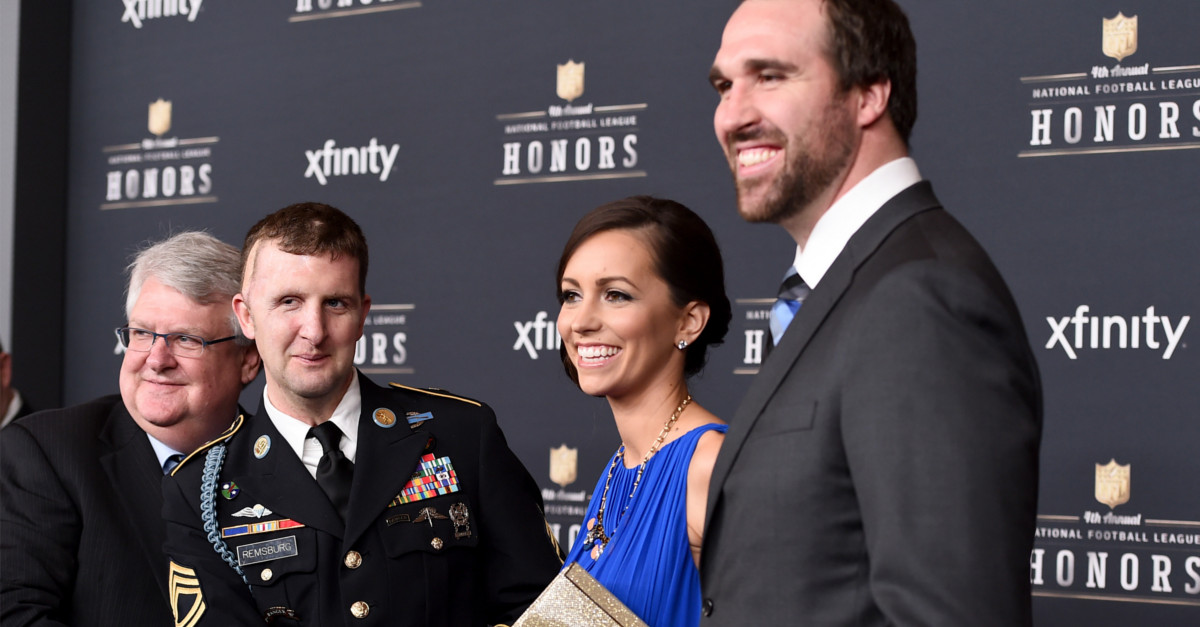 Each year, USAA, the NFL’s official Military Appreciation Sponsor, presents their Salute to Service Award to a member of the NFL community who has gone above and beyond to show support and honor to military service members and their families. This year, Chicago Bears defensive end Jared Allen was chosen to receive the award. He accepted the award in a ceremony preceding last night’s Super Bowl in Arizona.

Allen’s brother is an active duty Marine, which inspired his commitment to the military. He created the Homes 4 Wounded Warriors Foundation, which makes homes accessible to service members who have severe injuries.  The foundation builds or remodels homes for wounded warriors, aiming to give 10 homes each year. The foundation has raised over $3 million since its inception in 2009. He also helped found the Helping Heroes Gala, an annual event which raises money for his foundation. He also regularly goes on USO tours, hosts golf tournaments and galas, and gives donations to military charities.