It’s been a week since Nashies witnessed the passing of what many consider the most significant character on the hit CMT series “Nashville” — Rayna Jaymes. The pillar of the show met her untimely death in a devastating car accident, but lingered long enough for her family to offer up one more tear-filled performance that had at least one Rare Country staffer audibly sobbing.

The March 2 episode of “Nashville” will have Deacon, Maddie and Daphne placing the family’s matriarch in her final resting place, and we’re predicting it’ll be an emotional episode as we endure a funeral, a broken Deacon trying to speak over his late wife, and Rayna’s two daughters inconsolable at her graveside. And by the looks of the promos for the new episode, Rayna’s ex, Teddy, and her sister, Tandy, will return and attempt to gain custody of Maddie and Daphne, creating more drama, more suspense and even more tears.

However, this may not be the last we see of Rayna Jaymes. Connie Britton, who plays the beloved character, appeared on “Live with Kelly” Feb. 28 and became emotional talking about how much she loved the show and Rayna.

“It was hard. That’s my family. That’s been my Nashville family and I have loved playing that role so much,” she said. Later in the interview with Kelly Ripa and Jerry O’Connell, she was asked if there was a possibility that she may return to the show.

RELATED: We’ve finally got some answers on why this “Nashville” character had to die

“I am actually in a few more episodes in flashbacks that haven’t been seen before, so yes, I’ll be in a  few more episodes,” she said. She also admitted to swiping a few pieces from Rayna’s killer wardrobe, which makes us rather happy. Connie then revealed one of the souvenirs she nabbed from her dressing room: a program from Rayna and Deacon’s wedding.

Now excuse us as we cry some more. 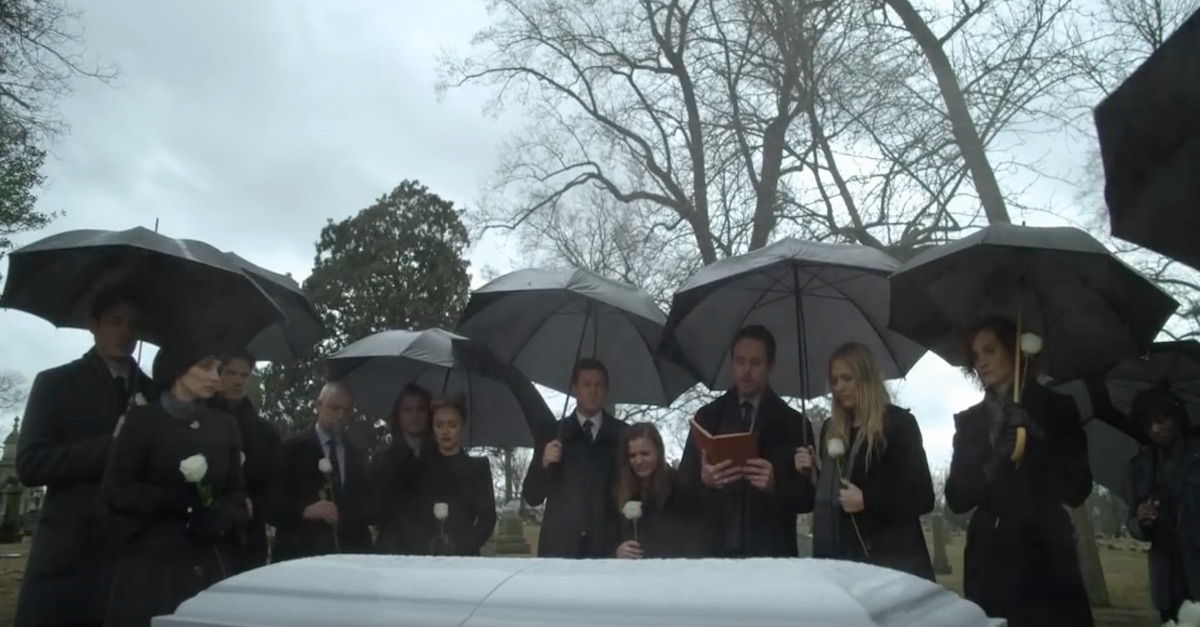