The reigning CMA Entertainer of the Year, who just turned 55 years old, is now dishing on what his plans are for Valentine’s Day with “The Queen.”

On Feb. 13, Garth took to Facebook Live for his weekly “Inside Studio G” chat, and shared that he and Trisha will celebrate their special day with a V-day dinner date and a movie night at home!

As if he could get any sweeter, Garth also revealed the song that he would pick as a dedication to his wife. Perhaps he will make time to serenade his gorgeous bride too.

“There’s a song that Mitch Rossell and I are working on,” said Garth of one of his music buddy’s, “It’s called ‘Time Doesn’t Know Your Name.’ It’s just about a women who gets better and better and better every day. Most people’s enemy is time. For [Trisha], and the love that I have for her, this is the first time that forever isn’t long enough. So that would be a good song to write for her.” 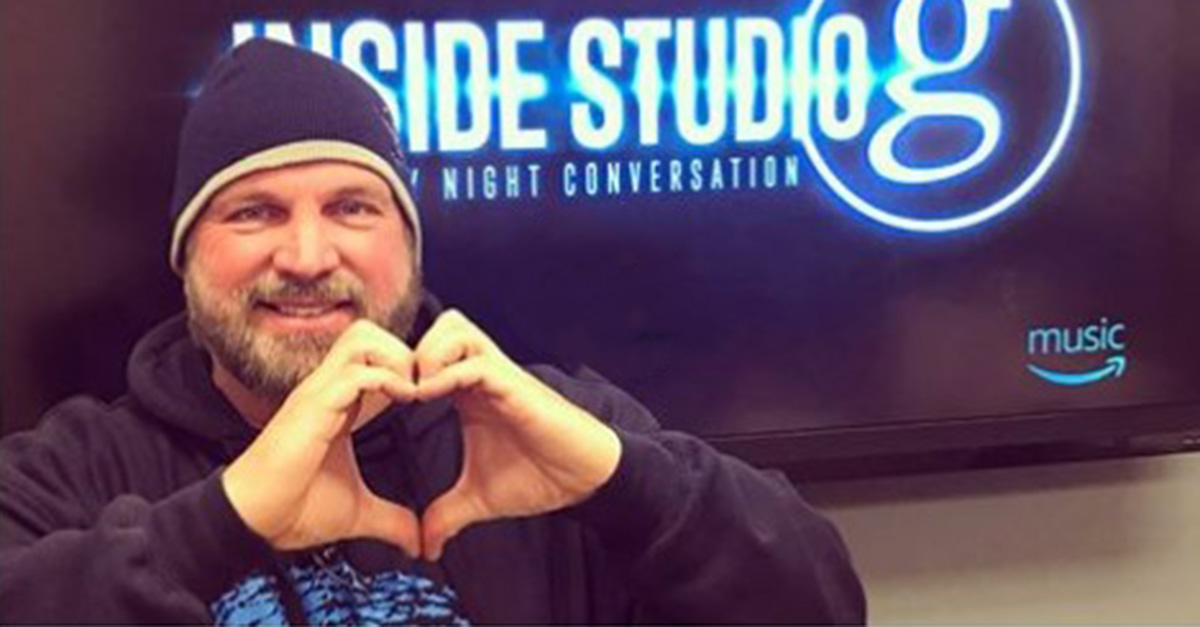