Gwen Stefani stopped by “The Tonight Show Starring Jimmy Fallon” on Feb. 15 to talk a little bit about “The Voice,” and a lot about beau Blake Shelton.

“Let’s just talk only about Blake because he’s so awesome,” the 47-year-old rock star gushed about her boyfriend to host Jimmy Fallon. “I love Blake!”

Of course, Blake is no stranger to guest starring on the late-night television program. And, Jimmy reminisced about the time he introduced Blake to sushi. Fans may recall that Blake’s [supposed] first experience with the Japanese-style food didn’t go so hot. In fact, he tried to supplement the sushi out for rice wine many times. You can see the hilarious segment here.

Turns out that Gwen remembered tuning into the show that evening to watch her boyfriend try the food. She told Jimmy that she persuaded Blake to take her out for sushi when he returned home.

“I was like, ‘God, I just watched your [segment], and it was so funny!” Gwen recalled, “I’m like, ‘We should go get sushi tonight. Now I really want to eat it. It looks and sounds good!'”

Being the sweet and caring boyfriend that he is, Blake agreed to take Gwen out. However, their dinner date didn’t go quite as planned. It actually brought Blake a whole new kind of fame.

“Of course everybody recognizes him wherever he goes, but we walked into the sushi restaurant and literally the entire restaurant stood up and was like, ‘Blake!,’” said Gwen. “It was like the whole world had just watched [the sushi skit], and we walked in the room. I felt so bad.”

“[Blake] really is like a country boy. He does not like going out,” she added. “For me, I know I’m going to get hounded with pictures or whatever, but I don’t mind. For him, he’s not used to that. He’s in the woods most of the time.” 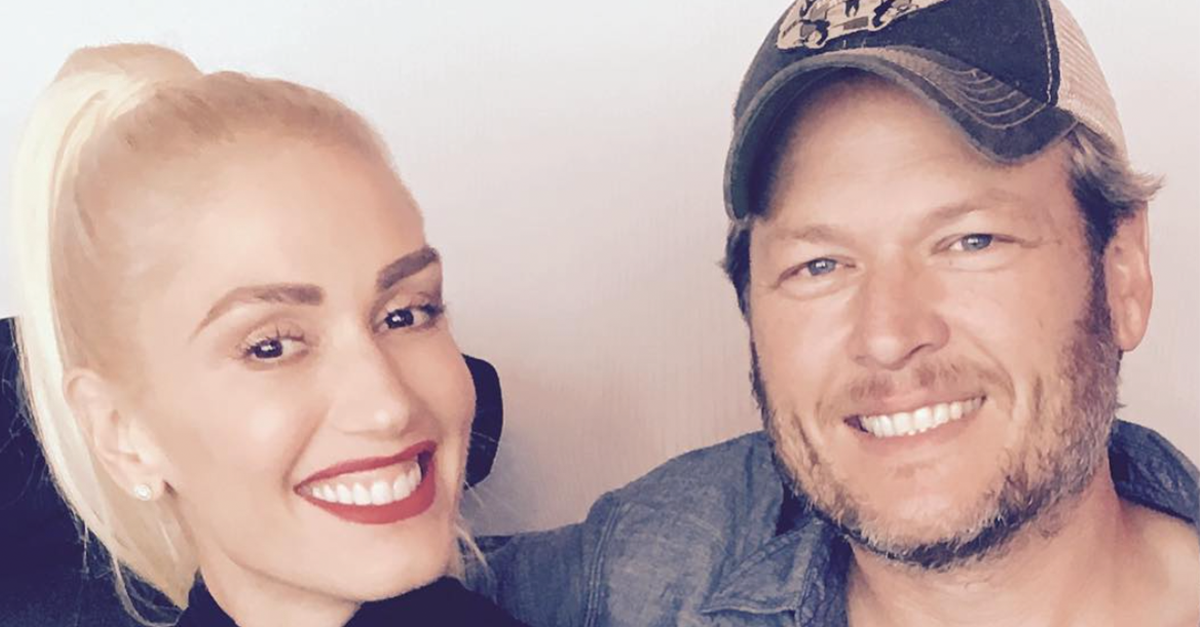