Summer is a strange time for country music artists. While that’s the time normal people usually get together for beers, BBQ’s and fun, it’s a different life for country stars.

Even though most of them live within a 15-minute drive of each other in Nashville, for the bulk of the summer, they are all peppered around the country playing shows and touring. So while some guys may be songwriting buddies and/or football watching buddies in the fall, they often don’t see much of each other from April through August.

Maybe that’s what made Gillette Stadium the place to be on July 16.

What these fans came to see was the one and only Luke Bryan. What they got, however, was a whole lot more as Luke invited his show opener and good friend Chris Stapleton onstage to sing his huge hit “Drink A Beer,” a song coincidentally written by Stapleton himself.

Two men, two guitars, one beer and one huge singalong was what the fans got, but they really got something even more. In an outstanding homage to the people Luke has lost in his life, he reached down and took a sip of his own beer, then raised a toast to his fans.

“I know a lot of you guys out there have lost somebody you used to drink a beer with,” Luke said to the crowd raising his beer. “I want you to take a sip of your beer and think of them and we’re gonna do this one more time.”

With that the lights went out, but the place didn’t go dark. On cue it was as if angels punched tens of thousands of holes in the clouds to peak through. Gillette Stadium became a magnificent halo of light. Even through a video, you can feel the memories of loved ones lost as the two men stepped back from their microphones and the crowd took over.

It was a chilling moment to say the least.

Say what you will about Luke and his booty-shaking ways, when it comes down to it, the man knows what country music is and can flat out deliver. 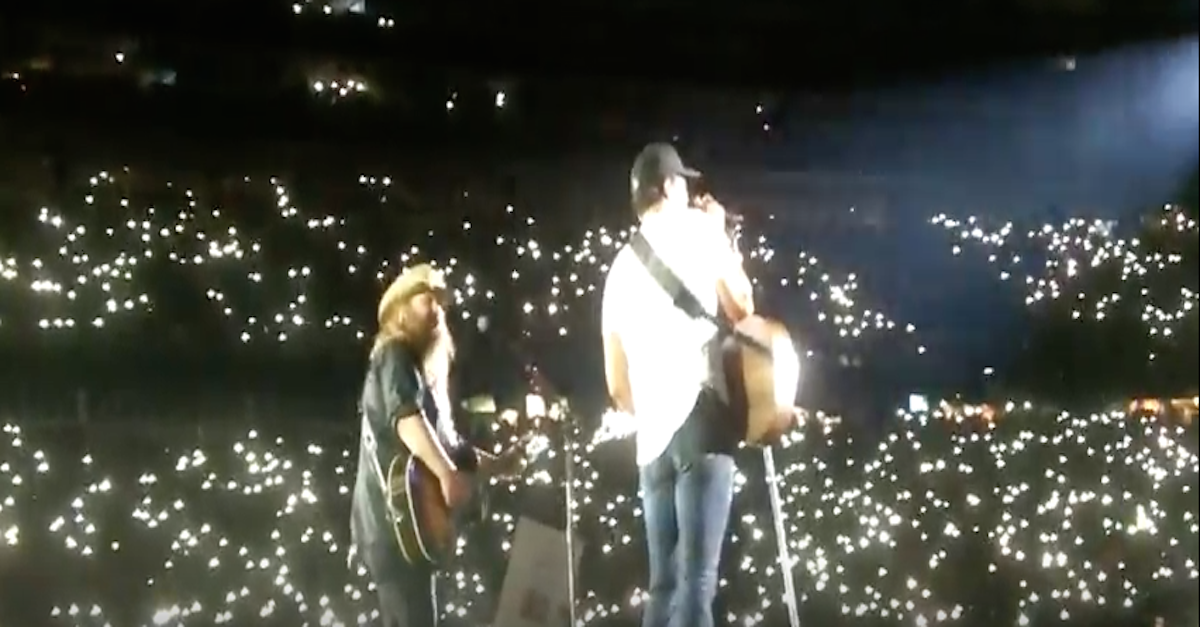