Inside the Ryman Auditorium at the ACM Honors on Aug. 30, Miranda Lambert was humble, sweet and as sparkly as ever as she accepted the ACM’s first ever Merle Haggard Spirit Award — a trophy bearing the name of one of her greatest influences. In fact, Ran was almost giddy as she accepted the recognition from another one of her favorites, Emmylou Harris.

Poised and gracious, Miranda took the trophy and seemed almost bashful about taking the spotlight off of Emmylou and even after grasping the award, she stepped back in respectful admiration of the silver-haired songbird. Humble and sweet, she commented that she was thrilled to have an award that bore both Merle’s and her name. She also commented, “He’s the reason I write songs… and also that woman over there,” she said, gesturing toward Emmylou.

RELATED: This country outlaw comes clean about Miranda Lambert in his latest rant

You would never know that the previous two days had seen Nashville’s music industry caught up in a firestorm of fury from Sturgill Simpson, who chastised the ACMs and the music industry in general for “hitching their wagon” to the name of Merle Haggard after his passing “while knowing what Haggard thought about them.”

He also suggested that the ACMs “drop all the formulaic bullshit fodder” and “start dedicating their programs to more actual Country Music.”

However, at ACM Honors, as Emmylou was presenting Miranda’s award, she reminded those in attendance that Merle had received the industry’s very first entertainer of the year trophy in 1970. He also was recognized as top new male vocalist at the first ACM Awards in 1965 and was the recipient of the Crystal Milestone Award in 2013, which Miranda Lambert presented to her hero.

After taking the trophy, Miranda put the icing on the cake with a chilling version of the Haggard classic, “Misery and Gin.” 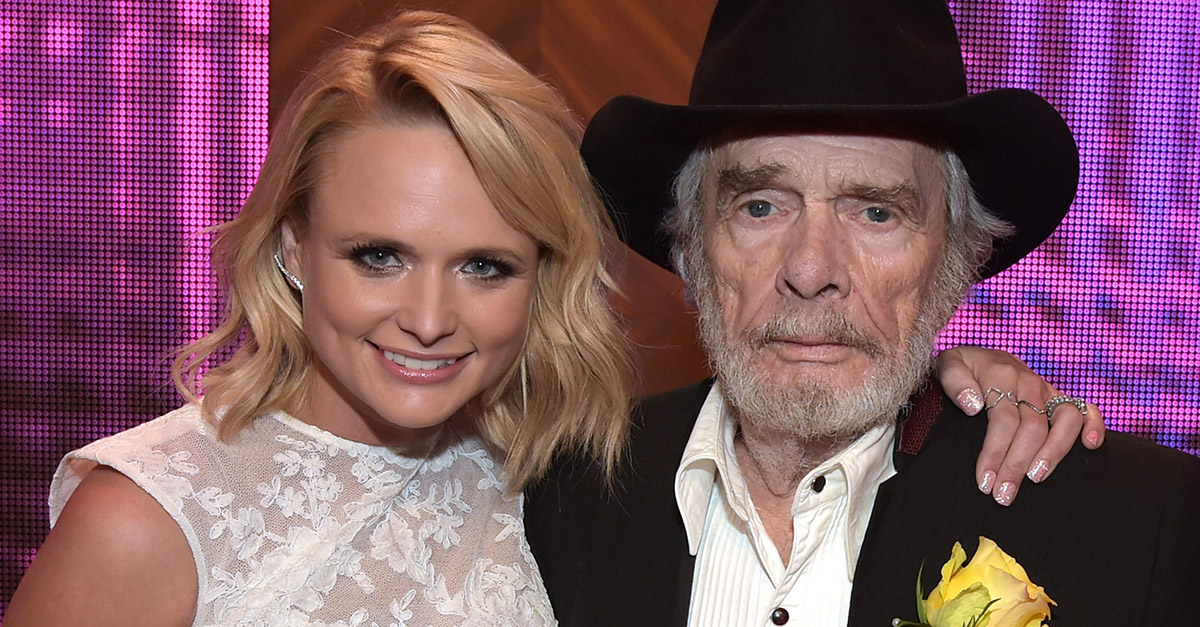