Reba McEntire may be a legendary country singer, but most of all, she’s a proud mama!

On Feb. 23, the superstar turned to social media to mark her son, Shelby Blackstock’s, 27th birthday. She posted an adorable throwback photo of her and her child on Instagram and wrote, “27 years ago Shelby came into my life! What a wonderful gift from God!!!! Happy birthday Shelby! Love you very very much. #toomuchfun #loveyouforeverandaleways”

In the black-and-white picture above, you’ll notice the happy tears in Reba’s eyes, as she proudly wraps her arms around her little bundle of joy. Because Reba is seen wearing a hospital gown, we can only assume that this is one of the very first pictures taken of her son as an infant.

Of course, Reba couldn’t help but gush over her baby boy some more! She added another picture of him – this time, all grown up. She simply writes, “Happy birthday Shelby!”

In this picture, Shelby is so darn handsome. And, you can totally tell that he’s got some sexy arm muscles underneath his long-sleeved shirt. But oh boy, his sweet baby cheeks are still there!

Unlike his mom and dad, Shelby isn’t involved in the music business. But, he did take a different route to stardom. In his teen years, he helped out with production on his famous mother’s concert tours, but his true passion was in racecar driving.

According to the biography on his Facebook page, he quit college at the University of Arizona shortly after enrolling in a four-day class at the Bob Bondurant School of High Performance Driving . He made his official racing debut in the Mustang Challenge Miller Cup in August of 2010. Then, a year after that, he made his Daytona debut in the Continental Tire Challenge Grand-Am 200. He is a currently driver No. 51 in the Mazda Road to Indy. 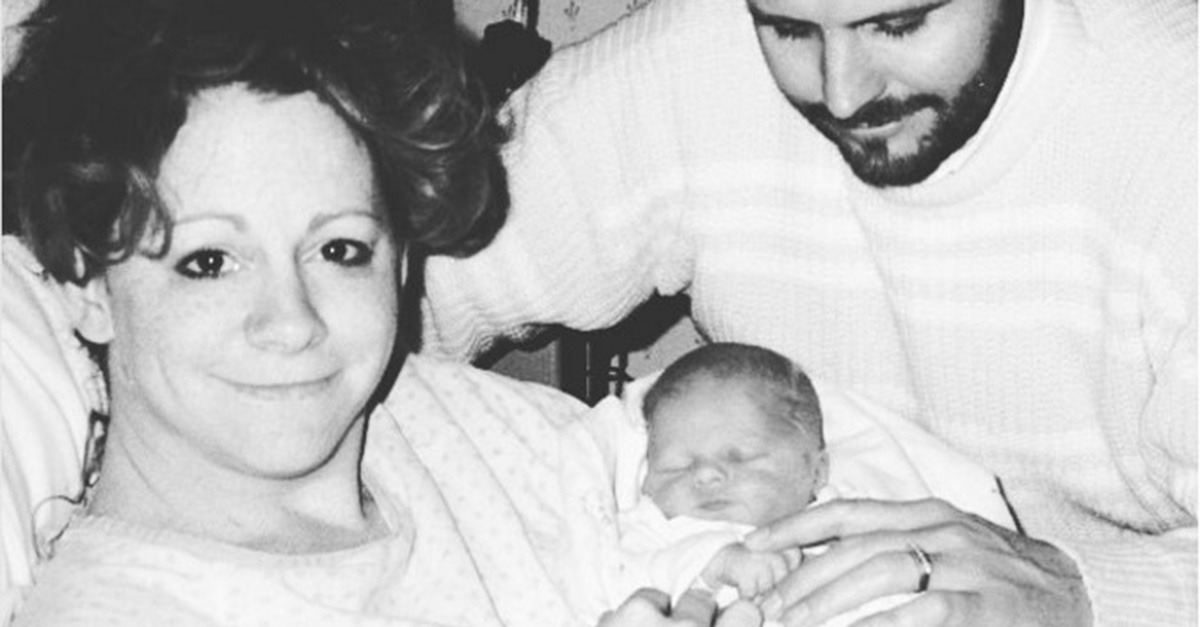