In the latest development in a rash of anti-Semetic threats and vandalism around the country, vandals have desecrated the Mount Carmel Cemetery on Frankford Avenue in Wissinoming, which is in Northeast Philadelphia.

Hundreds of headstones were damaged or toppled. The damage was discovered Sunday morning.

Aaron Mallin came to visit his father’s resting place when he made the discovery. He told 6ABC News how he felt about finding the aftermath.

“It’s very disheartening that such a thing would take place […] I’m hoping it was maybe just some drunk kids, but the fact that there’s so many, it leads one to think it could have been targeted,” Mallin says.

As the investigation is just beginning, Philadelphia police are calling it an act of vandalism. Hundreds of graves could be affected; the cemetery is still tallying the damages.

The Jewish Federation of Greater Philadelphia has said they will begin raising money to speed the repair and reconditioning of affected graves at Mt. Carmel. 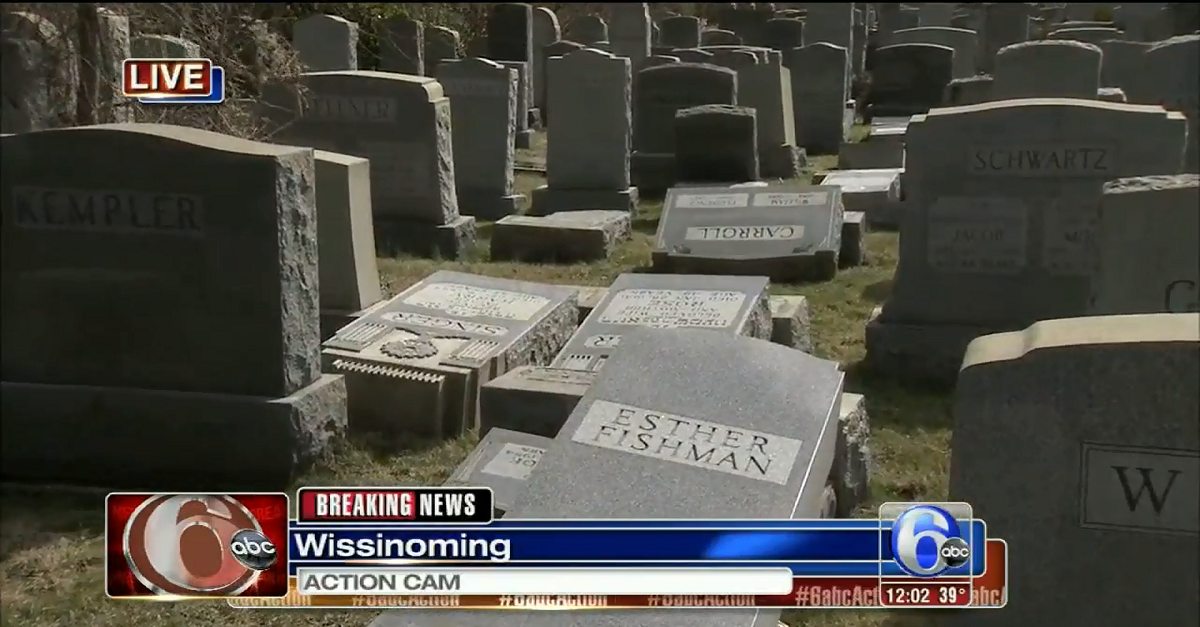