When country music powerhouse Trace Adkins released “Honky Tonk Badonkadonk” in October of 2005, country music fans were left to wonder a few things. First off, how did he get his voice so low? Secondly, how did he fit in those tight jeans?

And lastly, what the heck was a badonkadonk?

RELATED: Toby Keith and Trace Adkins will always stand up for their country, and we love them for it

And now, as Trace stepped on stage on the Fox & Friends’ All American Concert Series on July 1 to perform what many are calling the ultimate follow-up to “Honky Tonk Badonkadonk” more than 15 years later, country music fans are left with yet another question.

What took you so long Trace?

Indeed, Trace’s new single, titled “Lit,” conjures up many of the same backbeats and clever lyrics as “Badonkadonk” and reminds fans of that feisty side of Trace that we all can’t seem to get enough of. From a Bingo playin’ granny to a fire-engine-red lipstick wearing girl, Trace pulls all out the stops with a clever play on words that will have everyone eager to see this music video.

The pistol of a song follows his much more introspective song “Jesus and Jones,” which Trace released earlier this year and both of which will be available on his upcoming album. Details for that album have yet to be announced. 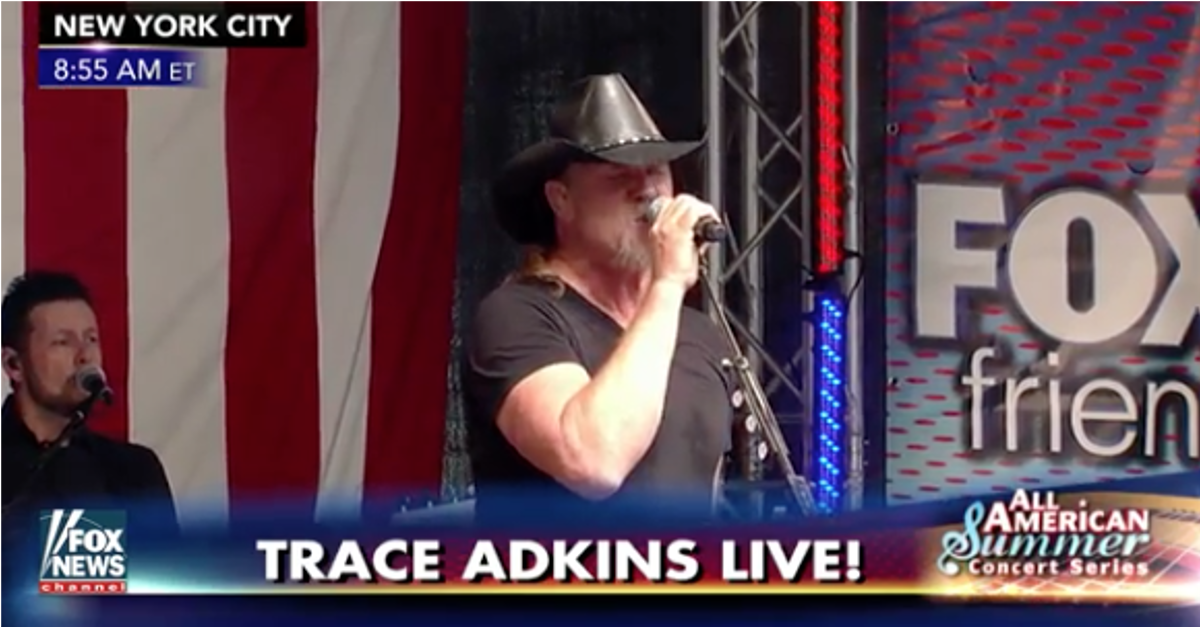