The world premiere of the Shane C. Drake-directed video, shot in black and white, premiered exclusively on “Entertainment Tonight” and features the country music sensation kissing a sinful relationship with a cheating flame goodbye.

RELATED: Carrie Underwood airs all of her “Dirty Laundry” in this brand-new performance

She’s done cleaning up the filthy messes of an unfaithful man! A cast of mistreated men and women also make appearances in the video. But, that’s not all. A host of animals including an owl, snake, horse, lion and a peacock were all on hand to trade dramatic looks with the lens.

“Shane had the idea to include some beautiful animals that represent the parallels between human and animal-behavior and instincts, which look great interwoven with visuals of emotional women and men,” Carrie explained in a statement. “It gave us a way to portray one of my songs in a way we’ve never done before.”

The current 2016 CMA entertainer of the year nominee also told ET that while the sequence was “all about emotion,” it was also more composed.

RELATED: We’re drooling over a smoking hot Carrie Underwood in this video for her new song:

“Dirty Laundry,” co-penned by Zach Crowell, Ashley Gorley and Hillary Lindsey, is the fourth single from Carrie’s “Storyteller” album, which was released in October 2015.

Click the video above to watch the tantalizing music video for “Dirty Laundry.” 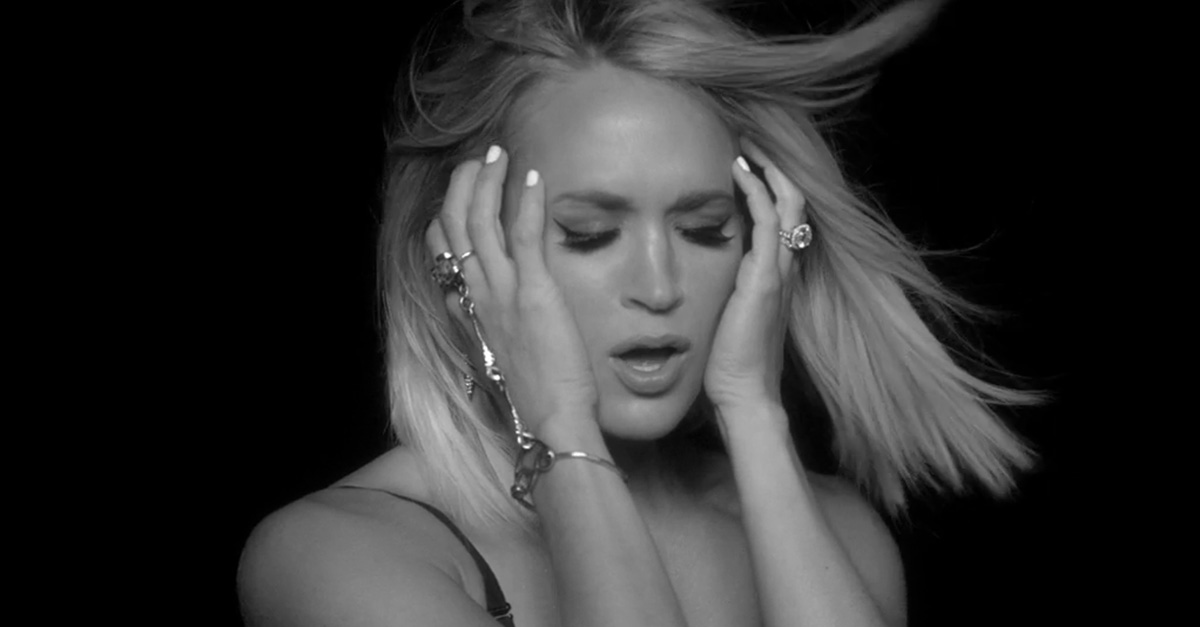