Most fans would probably agree that Luke Bryan is the country artist with all of the dance moves and butt shakes.

But, it appears that his recent Kill the Lights Tour buddy Dustin Lynch in now following suit.

RELATED: Move over Brooks & Dunn – Luke Bryan and Dustin Lynch just got their country on

In this video, Dustin sports his cowboy hat and tight-fitting jeans. He gets the crowd excited, as he uses hand gestures to signal that he’s about to let loose. And, boy does he let loose! Once the audience starts screaming, Dustin trades out his Stetson for a ball cap and wears it to the side. He then works the girls in the front row by utilizing his pelvic thrusts.

But, that’s not all. Dustin grabs for a can of whipped cream and begins to spray it into his fans’ mouths! Whoa!

While Dustin was busy making girls blush, rival Cassadee, host LL Cool J and commentator Chrissy Teigen couldn’t believe their eyes. Needless to say, fans got more than what they bargained for, and Dustin pretty much left his opponent in the dust.

RELATED: This country hunk is steaming things up with a page from Luke Bryan’s playbook

Aside from “What’s Your Fantasy,” Dustin also performed a parody of Lou Bega’s hit, “Mambo No. 5.” As for Cassadee, she put up a good fight with Avril Lavigne’s “Complicated,” as well as Panic! At the Disco’s “I Write Sins Not Tragedies.” However, those performances were no match for the naughty Ludacris performance, which awarded Dustin the champions belt and plenty of bragging rights. 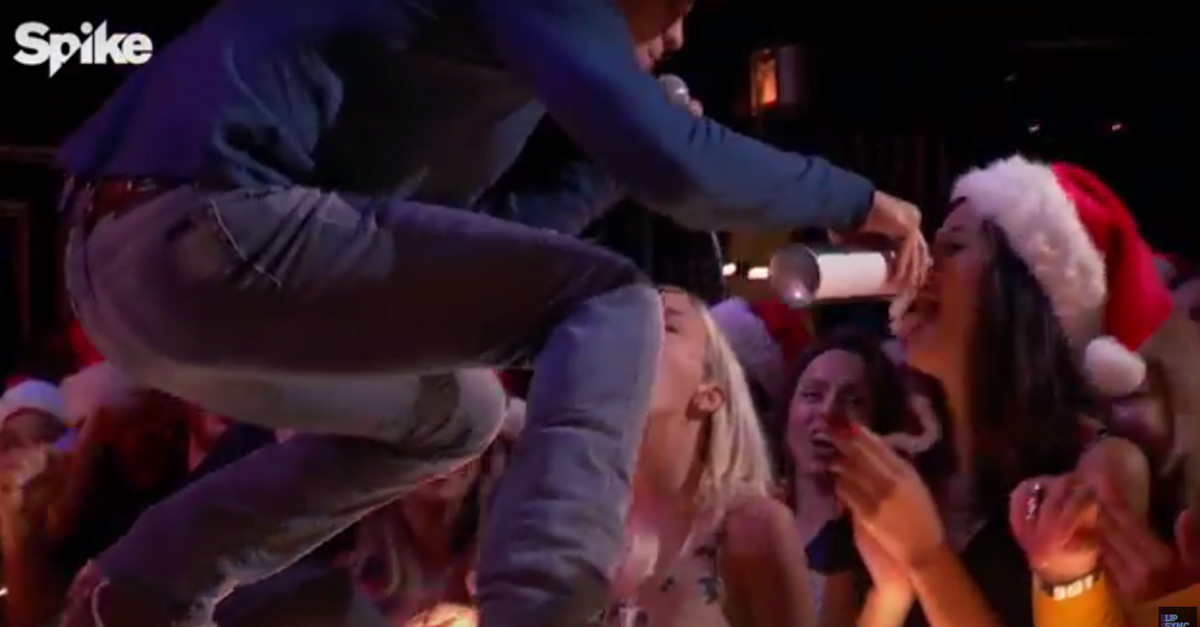