It’s safe to say that country music star Blake Shelton had a busy night when he stopped by NBC’s “The Tonight Show Starring Jimmy Fallon” on April 4.

During his appearance, the country star sat down to chitchat with show host, Jimmy Fallon. He also took a ride on the newly opened Universal Studios attraction, “Race Through New York.”

RELATED: Now we know where Blake Shelton was during the ACM awards

But, that’s not all. He rounded out the evening with a special performance of “Every Time I Hear That Song” – the newest single from his 2016 album, “If I’m Honest.” Blake’s mini-concert took place in Orlando, Florida, as the week’s episodes were being taped in the sunshine state.

In this clip, Blake performs on the Universal Music Plaza Stage in front of a massive outdoor audience. Clad in a suit-jacket with his ruby red guitar in hand, the light-hearted cowboy sets aside his fun-loving nature to channel heartbreak.

“Every Time I Hear That Song,” written by Aimee Mayo, Chris Lindsey and the Warren Brothers, is the fifth release from “If I’m Honest.” Blake debuted the single in January during the 2017 People’s Choice Awards, where he became the first country artist to ever nab the award for Favorite Album.

Blake is currently coaching on “The Voice,” which airs Monday and Tuesday nights at 8 p.m. ET on NBC. Watch the video above to see him perform, “Every Time I Hear That Song.” 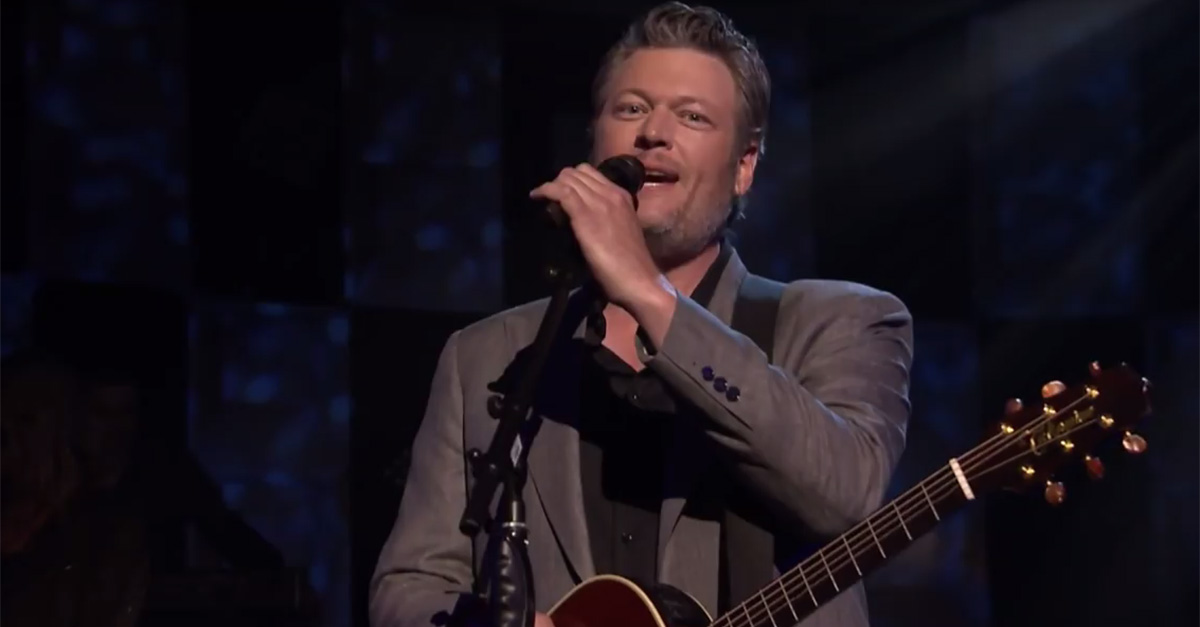