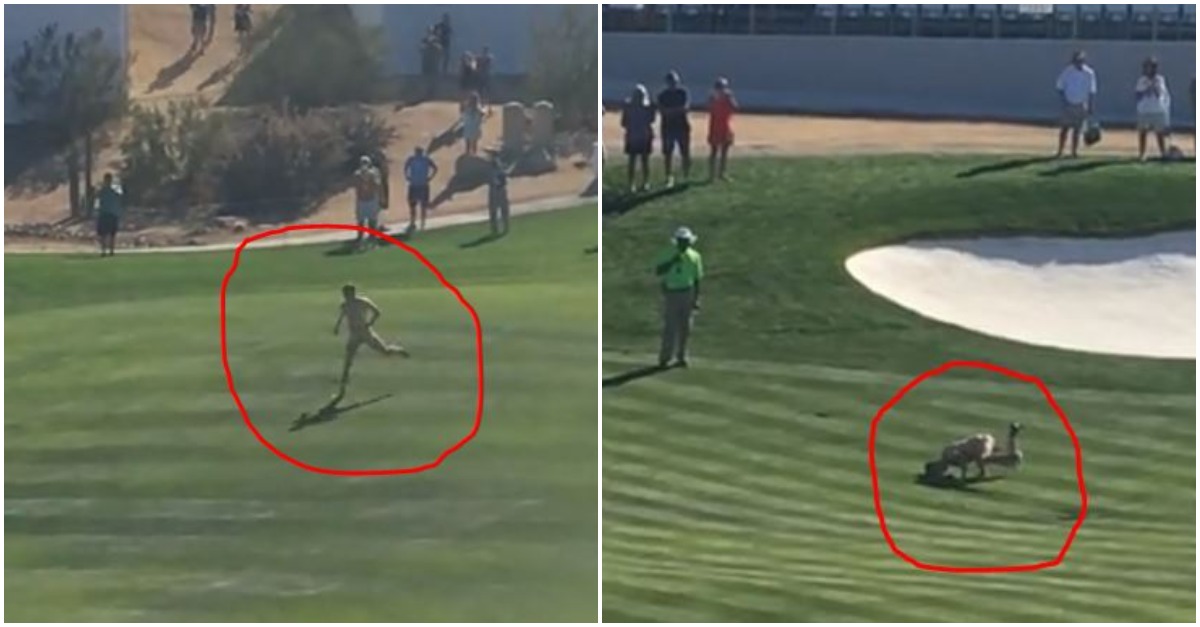 Adam Stalmach ran butt-naked into the annals of golf lore last week when he decided to streak the Waste Management Phoenix Open — a pro-am tournament held in Scottsdale, Arizona.

The 24-year-old told Rare that he wasn’t initially planning on the nude jog but that alcohol definitely played a role, saying “it was an idea at first and then the more I drank, the more I started to think about it.” He added that he’s not a golfer and that it was his first time at the tournament — a friend invited him to go and he says his buddy “definitely helped with the decision.” The young sportsman claims that his last words before going onto the course were “I wanna give people something to cheer about.”

Adam says he’s “embarrassed” and “regretful” for streaking in front of thousands of people. He pounded at least 8 drinks (combo of beer and wine) before taking off his clothes and running across the golf course. #azfamily pic.twitter.com/KNz5LJRWES

After the run-in-the-sun, which occurred on January 31, Stalmach was arrested and spent five days in prison, AZfamily reports. He’s facing a $1,500 fine and has set up a GoFundMe page which has raised $180 of his $1,500 goal. Police initially considered felony charges that would require Stalmach to register as a sex offender, but they have since decided not to pursue that route.

RELATED: An alligator and a python were locked in combat in the middle of a Florida golf course

As the clip of Stalmach’s antics began to garner attention online, he lost his bartending job. But he says that, in all, it was worth it, noting “I was expecting to get booed and have things thrown at me, but I was surprised to have people cheering and whistling. I believe I got a standing ovation.”

The 24 year old was on the course for a surprisingly long time before officials rained on his pantsless parade but he says when he was on the green, “my mind kind of went blank,” adding, “I just wanted to give people something to cheer about.” When we asked him why he thinks security gave him so much time before grabbing him, he said “I’m not sure. I was expecting someone to come get me right away–gotta love golf I guess.”

Adam Stalmach, the 24-year-old man who streaked at the Waste Management Phoenix open Wednesday, has pleaded guilty to 1 count of indecent exposure. He was ordered to pay $1500 in fines, and spend 5 days in jail. #WasteManagementOpen pic.twitter.com/7jQjfthhhf

He says that he hasn’t decided what’s next for the Scottsdale Streaker but that he plans on getting back into the job hunt next week. As for the socks that he wore on his jog, he’s split between selling them and framing them with a photo of him on the course.