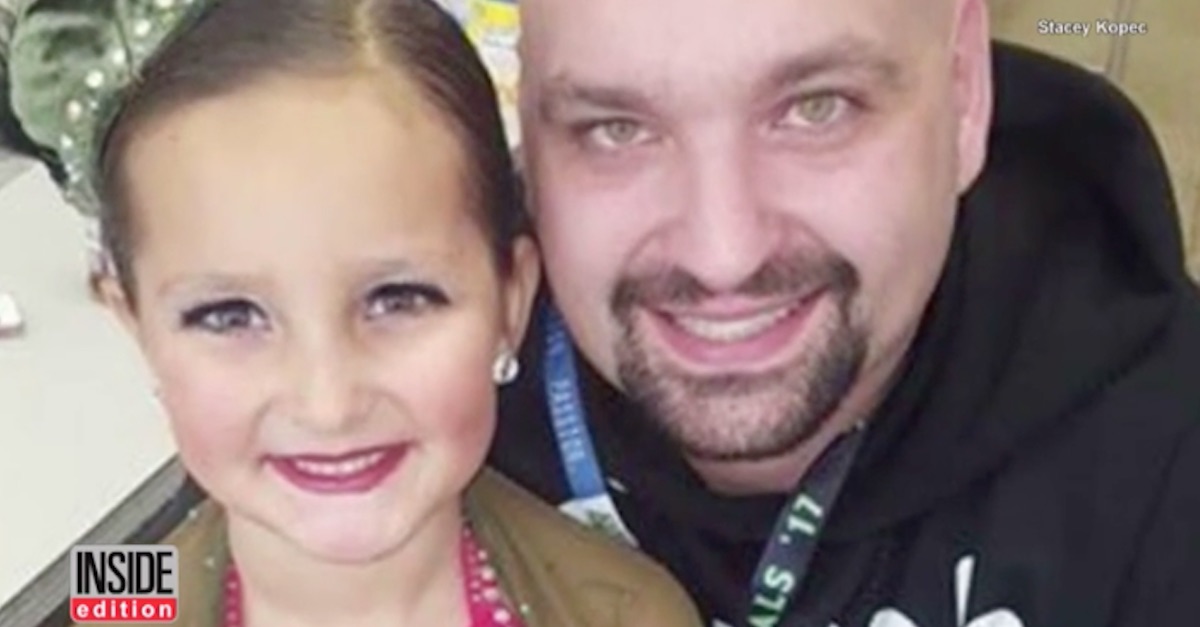 A 6-year-old Ohio girl who was a budding little dancer has tragically lost one her legs after complications from strep throat led to flesh-eating bacteria spreading throughout her body.

RELATED: Texas man loses leg to flesh-eating bacteria after trip to the beach

Tessa Puma’s condition, a rare one, is called necrotizing fasciitis. According to NBC News, this “can occur after bacteria from a strep or other bacterial infection migrates to the bloodstream and infects the fasciae, or membranes surrounding muscles and other internal organs.”

The girl caught strep throat and then the flu. When she started to feel pain in her arms and legs, her parents took her to two different hospital.

That’s when medical professions discovered the dangerous condition. The diagnosis proved to be too late, as Puma’s left leg was damaged beyond repair. It was amputated from the knee down.

Doctors believe that strep bacteria entered her bloodstream and spread throughout her body, leaving the girl’s leg with too much dead tissue to be saved.

According to the Akron Beacon Journal, Puma lost her leg over the weekend, has been heavily sedated since and has undergone more surgeries.

Her parents haven’t been able to speak with her since last Thursday. The girl doesn’t yet know what has happened.

To give you an idea of how rare this is, Dr. Jim Besunder said that it affects 1 per 1 million children per year.

Puma’s parents, Matt and Tina, spoke with the Akron Beacon Journal about the horrible turn of events.

“Wednesday she started to complain about [how] we couldn’t touch her skin,” Tina Puma said. “Her right arm and her left leg we could not touch. It was hurting, it was painful.”

“Her skin was starting to peel. Kind of like when a blister has been broken,” she added.

“From her calf down, you could see it was swelling,” Matt Puma said. “Her ankle had creases in it, you couldn’t see her bone, and then we started seeing kind of like black lines throughout her skin area of her leg.”

“The muscle was just gray,” the father continued. “The tissue was just pretty much all gone.”

Although the road to recovery will be significant, her parents believe that her dancing dreams are not over.

“I told everyone this is not going to stop her,” Tina Puma said. “She’s going to get any training she can to continue. That’s her dream. She wanted to be a dance teacher when she got older. She’s a very, very active child. […] She’s touched so many lives just by her smile, and she wears big bows in her hair every day.”

“This is just a small setback, but I guarantee she will still be able to do her dreams because she’s a determined little girl who never gives up on anything she puts her mind to. We think this is just going to be part of her story,” she said.