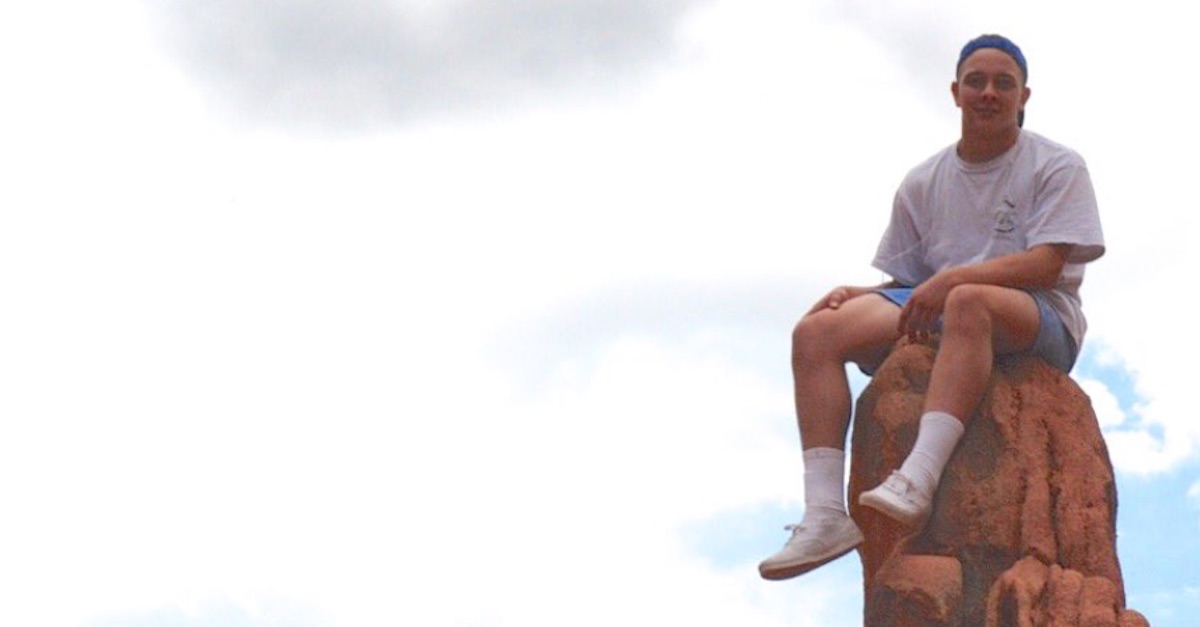 A 19-year-old student at Wheaton College in Illinois tragically died Saturday after he was hit by a hammer during a hammer throw event at a track and field competition he was volunteering at.

RELATED: A student tragically drowned while on a school trip and his camera recorded his death ? now his mother is suing

Witnesses said Ethan Roser, a freshman transfer and soccer player from Cincinnati, was in the wrong place at the wrong time that when he was hit by a hammer — a metal ball weighing as much as 16 pounds attached to a thin wire. He “dropped down and then was unresponsive after that,” NBC Chicago reported,

Those were the word of Marcus Malcolm, who said Roser was hit in the head. Malcolm said there was a lot of blood.

Emergency responders rushed Roser to Good Samaritan Hospital, but he could not be saved. He was pronounced dead there.

Wheaton College students gathered late Saturday for a vigil in Roser’s honor. One of Roser’s friends, Max Schaafsma, said he was an encouraging and fun person.

?He was really encouraging and fun to be around,? he said. ?It’s really tough. This is where it happened and it’s crazy to see how life in a moment can go away.”

?Even if it’s it really hard, we can still know that Ethan is in heaven with God,? Schaafsma added.

RELATED: 9/11 hero?s daughter who tragically died from choking on pancakes has been laid to rest

Wheaton College released the following statement on the school’s website:

Wheaton College is grieved by the tragic death of freshman Ethan Roser.

At approximately 4:15 p.m. this afternoon, Roser, a 19-year-old freshman transfer student from Cincinnati, Ohio, was volunteering at a Wheaton College track and field competition, where he was accidentally struck by a hammer during the hammer throw event.

Wheaton College Public Safety and the City of Wheaton paramedics were on the scene immediately, and Ethan was transported to Good Samaritan Hospital in Downers Grove where he was pronounced dead.

“We are deeply grieved, but, because of our faith in Christ, not without hope,” said Wheaton College President Philip Ryken. “We ask people to pray for Ethan’s family, his friends, and our campus community.?

A spokesman from Roser’s high school district also released a statement upon hearing the tragic news of his passing.

Ethan Roser was one of our heroes. We LOVED how much Ethan cared for his Mason friends to learn more about the life of Jesus Christ. pic.twitter.com/pVDlLBNxa6

“Our hearts are heavy as we absorb the news about this tragedy,” Mason City Schools spokeswoman Tracey Carson in a statement. “All of Ethan’s family and friends are in our thoughts as we mourn together.”