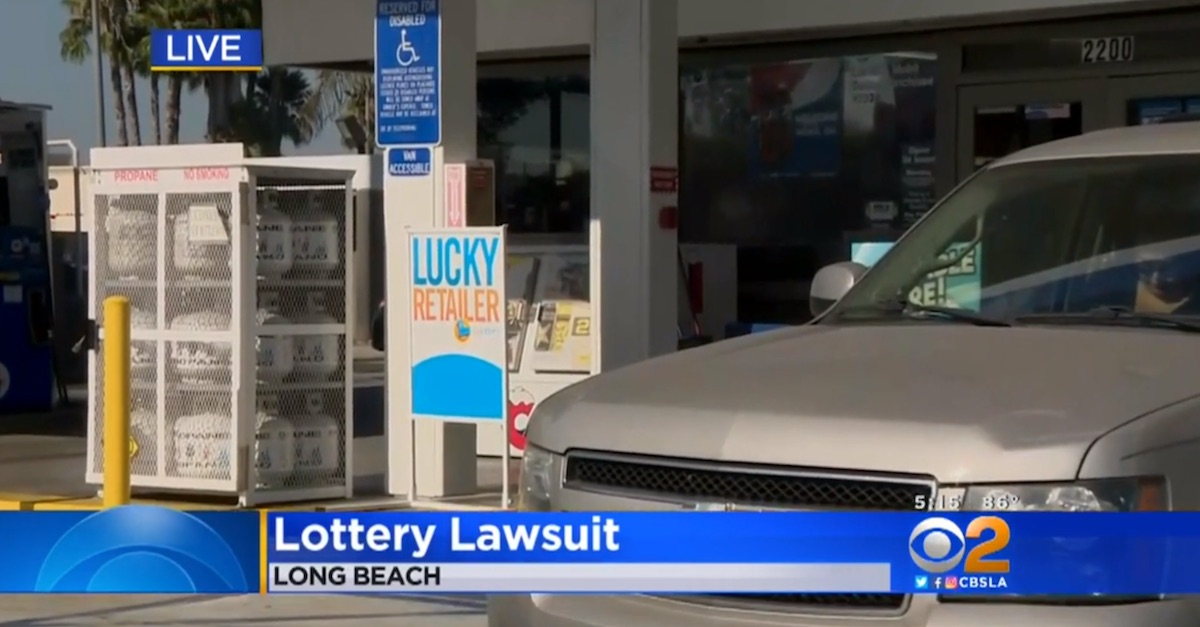 A Long Beach, California, dad who filed a lawsuit against the California Lottery Commission when it did not pay out a $5 million prize because his underage son bought the ticket has gotten news he didn’t want to hear: the state Attorney General’s Office is motioning to dismiss the suit on the grounds that “illegal gambling” had occurred.

RELATED: A woman’s lottery lesson to her husband didn’t exactly go as planned when she won a major jackpot

Ward Thomas filed his lawsuit on July 20 after he was informed no such millions would be awarded. The reason? Thomas’ 16-year-old son, a minor, bought the ticket.

According to NBC Los Angeles, the Attorney General’s Office is arguing that the California Lottery Commission, a government commission, cannot be held responsible for the decision of a Mobil Gas Station clerk that sold the ticket to an underage person.

Thomas is now being accused by the defense of “of seeking to profit from admittedly participating in illegal gambling by a minor and claiming a prize on an invalid ticket, activity that the California Lottery specifically protects against.”

Part of Thomas’ complaint is that the age of purchase being 18 was not appropriately advertised, but the defense is saying ignorance of the law isn’t an excuse.

RELATED: A California man says he’s suing because his $5 million lottery prize hasn’t been paid out for this reason

Previously, the Los Angeles Times reported that Thomas’ son went into the gas station mart to exchange winning scratcher tickets for more tickets and was not carded by the employee, an exchange the lottery commission reviewed in surveillance footage.

Judgment day for Thomas and son could be on Nov. 7, when a hearing will be held on that motion to dismiss the lawsuit.