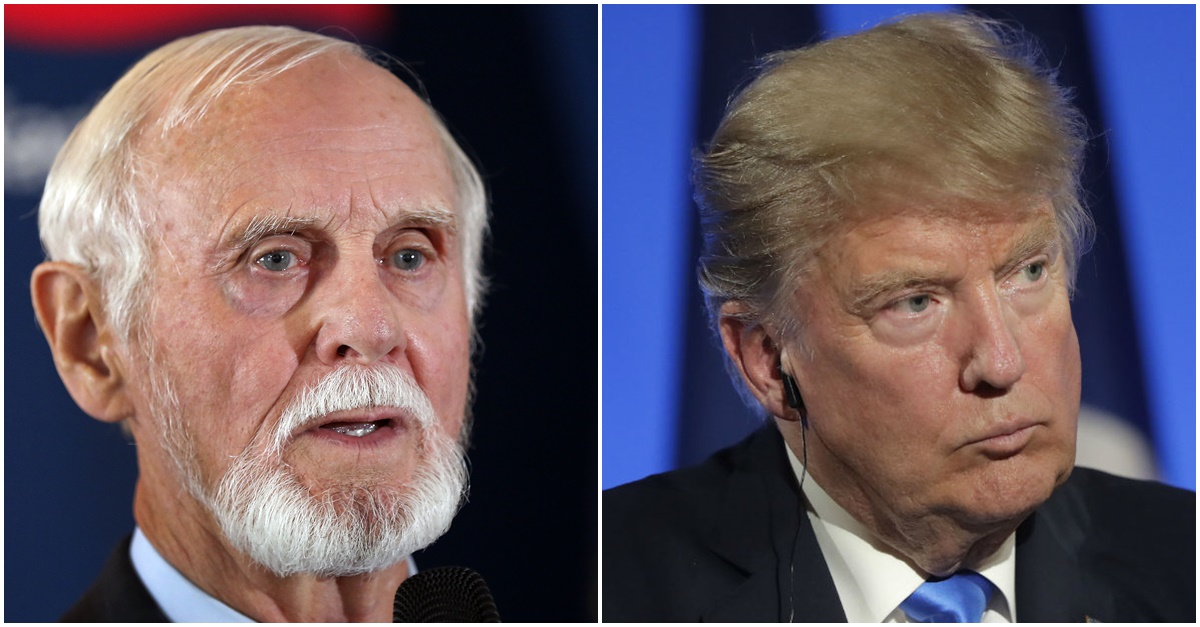 One former Republican senator is calling on Congress to use the 25th Amendment to remove President Donald Trump from office.

Former Republican Senator Gordon Humphrey, who represented New Hampshire in the United States Senate from 1979-1990, said in a letter to New Hampshire’s congressional representatives that Trump has a “seriously sick psyche” and that his “sick mind and reckless conduct could consume the lives of millions.”

Humphrey was referring to Trump’s statements to North Korea that the United States would rain down “fire and fury,” saying that due to the president’s words the threat of nuclear war was “steeply on the rise.”

RELATED: President Trump claims he has “complete power to pardon” in another early morning tweet storm

?The president alone has the authority to launch nuclear weapons, the only restraint being the advice of senior advisors who might be present at the time of crisis, and Donald Trump has shown repeated contempt for informed and wise counsel,? he continued in the letter.

The former senator also encouraged the state’s House representatives, both Democrats, to support legislation in the House, HR1987, the Oversight Commission on Presidential Capacity Act, which would create a commission to invoke the 25th amendment and “carry out a medical examination of the President to determine whether the President is mentally or physically unable to discharge the powers and duties of the office.?

Neither Annie Kuster or Carol Shea-Porter, the two Congresswomen from New Hampshire, support the commission because they’re concerned it will set a dangerous precedent, according to their spokespeople.

?The congresswoman agrees with Senator Humphrey that the Trump presidency has veered far off the rails,? a spokesperson for Shea-Porter said, according to the Union Leader. ?However, she believes creating a commission to pass judgment on the President?s mental health sets a potentially anti-democratic precedent.?

Kuster’s spokesperson also said that she is concerned about the potential precedent.