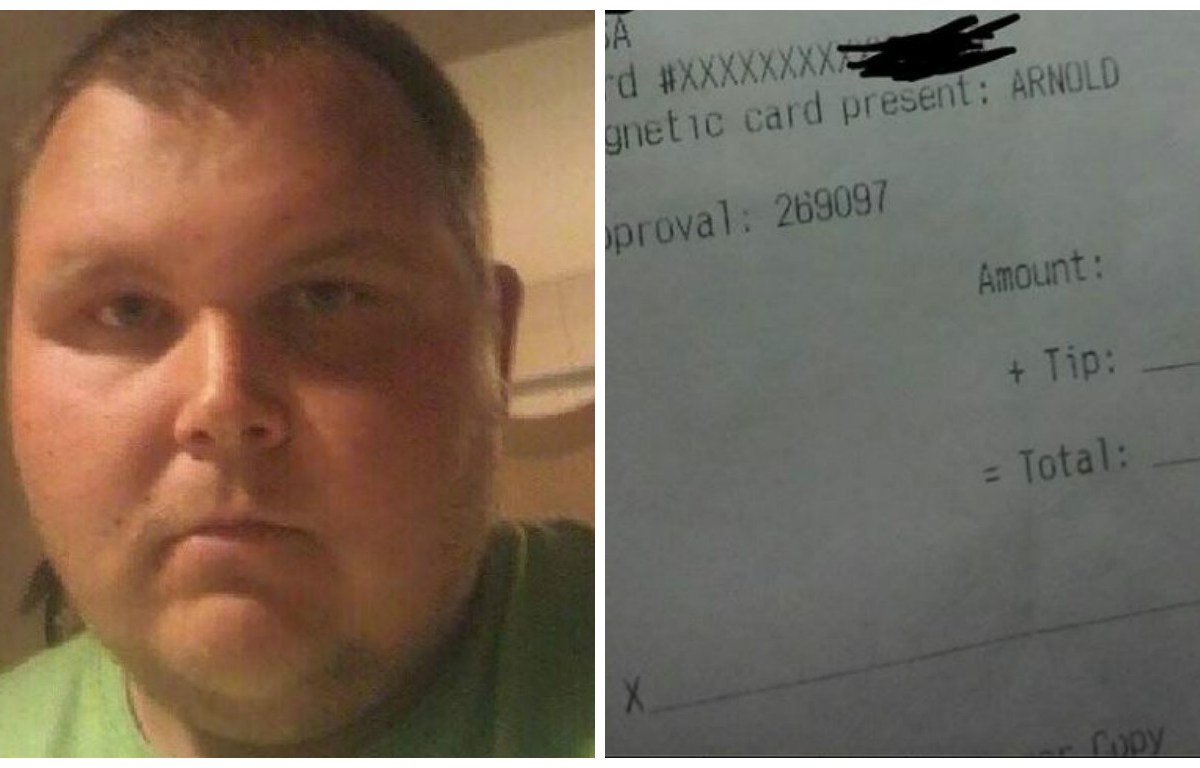 A Rhode Island restaurant owner fired his son for something terrible he wrote on a customer’s receipt.

Dillion Arnold was dining at All Stars Bar & Grill in Warwick, R.I., on Tuesday when he noticed the word “fatty” was printed under the description on his bill.

“I was signing my slip,” Arnold told WJAR. “I didn’t really pay attention to it yet, and then I just happened to read it and I saw it in the corner and I was like, ‘Wow,’ and my heart just dropped.”

“I usually don’t care but this bs got me offended legit id me as “fatty” then he wouldnt admit it,” Arnold wrote with the picture he posted to Facebook.

The post has been shared more than 990 times and was noticed by the restaurant’s owner, Tony Ambrosio. He said the “uncalled for and unacceptable” receipt came from his son who was a bartender at the restaurant.

The owner offered to give Arnold a $50 gift card. Ambrosio told WJAR that his son would no longer be working there and that he isn’t allowed back on the restaurant property.

“I want to apologize to you, Dillon. From the bottom of my heart. I apologize,” Ambrosio told WJAR. “That’s not the type of person that I am, my employees are, or my child.”

RELATED: Instead of 20%, this California man left a message on a receipt that’s going viral for all the wrong reasons

He also wrote under the All Stars Bar and Grill Facebook and commented on Dillon’s post. He wrote,” We sincerely apologize for your negative experience last night. It was very unprofessional to say the least. We take full accountability for what occurred and would like to make it up to you. Please call me so I can offer you something for the inconvenience. This should not have happened, and my staff will be dealt with right away. My cell phone is 401-359-0879. Tony the owner.”

Arnold said he doesn’t wish to go back to the restaurant and told NBC10 he’s not ready to speak to the father and son, after both reached out to apologize.