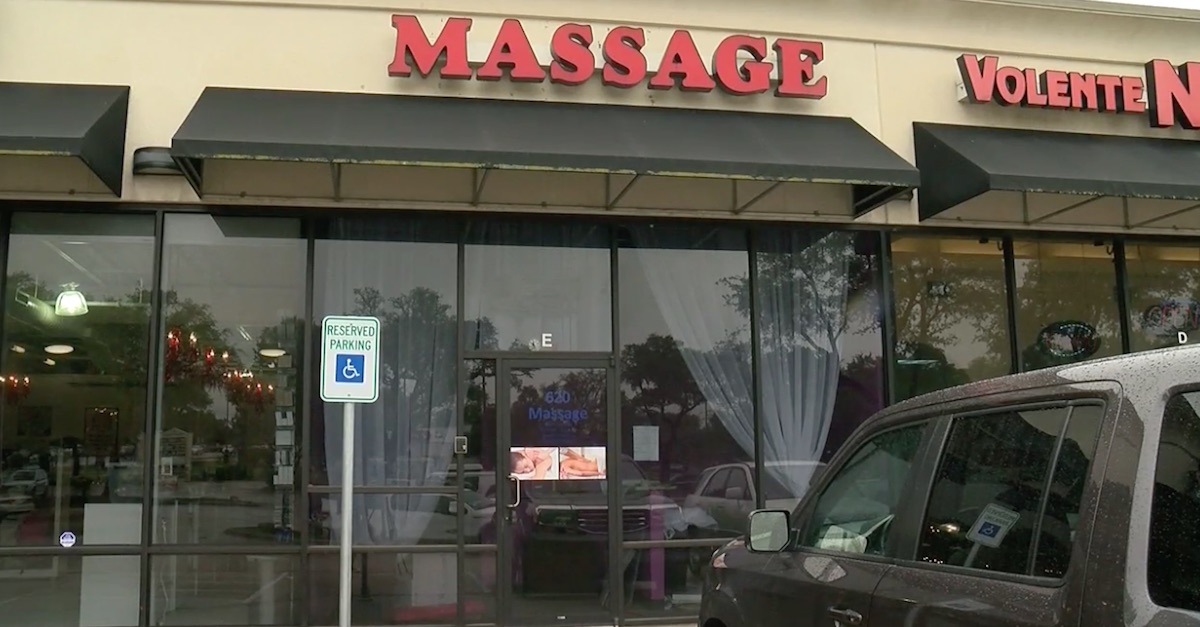 An issue with clogged plumbing has exposed a massage parlor in Austin, Texas, as a haven for prostitution, as hundreds of condoms were found to have been the source of the blockage.

RELATED: Local residents spoke up when a store set up this suggestive Halloween display on Main Street for all to see

Police say that the first signs that something wasn’t right at Jade Massage Therapy was a tip about a waste pipe being clogged with condoms.

That was in February, and it only gets worse from there.

CBS Austin reports that two days before they got that call, owner Juan Wang, 49, was stopped at Austin-Bergstrom International Airport and was found to have $30,000 in cash in her luggage, an amount $10,000 greater than the income she claimed to get per year.

The report says she struggled to answer questions and became “visibly nervous,” but was allowed to board a plane to China because she gave authorities a contact number.

Wang said she was traveling to China for a medical procedure.

When questioned, that man said he got a massage with a sexual ending, which ran him an extra $40.

Later on that month, police searched the business on a warrant and found Wang in a room with a naked man and found another naked man in a separate room with a masseuse. Police also searched Wang and her co-owner husband’s home, where they found $60,000 in cash locked away in a safe.

The husband has been identified as Joseph Emery, 54.

A third woman was found at the business that day. Police discovered through questioning Wang another suspicious aspect to this case.

The woman, police say, said that she found women to work for her through a friend whose name she could not remember.

RELATED: An Ohio woman was hilariously busted trading sex for $60 and this snack food

The couple now faces charges of engaging in organized criminal activity and money laundering. They might have gotten away with it too, if weren’t for those clogged pipes, but we’ll never know.