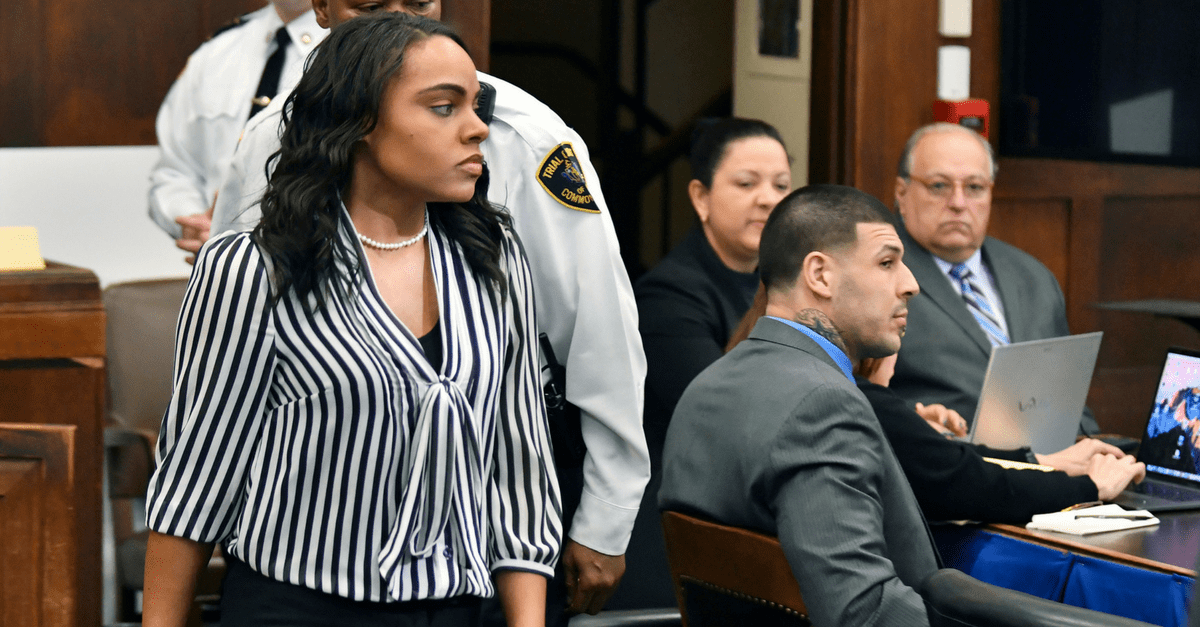 Former NFL player Aaron Hernandez sounded as if he thought he would soon be freed in his last conversation with his fiancée before he killed himself.

Shayanna Jenkins-Hernandez says in an interview on “Dr. Phil” scheduled to air next week that he said “Daddy’s going to be home … I can’t wait to hold you and love you” in a telephone conversation hours before he was found hanged in his prison cell on April 19.

He had been acquitted in a double murder trial days before, but was still serving a life sentence in another murder case.

The show’s host, Dr. Phillip McGraw told NBC’s “Today” show on Friday that Jenkins-Hernandez does not believe the former New England Patriots player killed himself, despite the evidence.

McGraw also said Jenkins-Hernandez is not expecting any financial benefit from the death.