After hearing someone yell something Islamophobic, Aaron Rodgers put the prejudice on notice 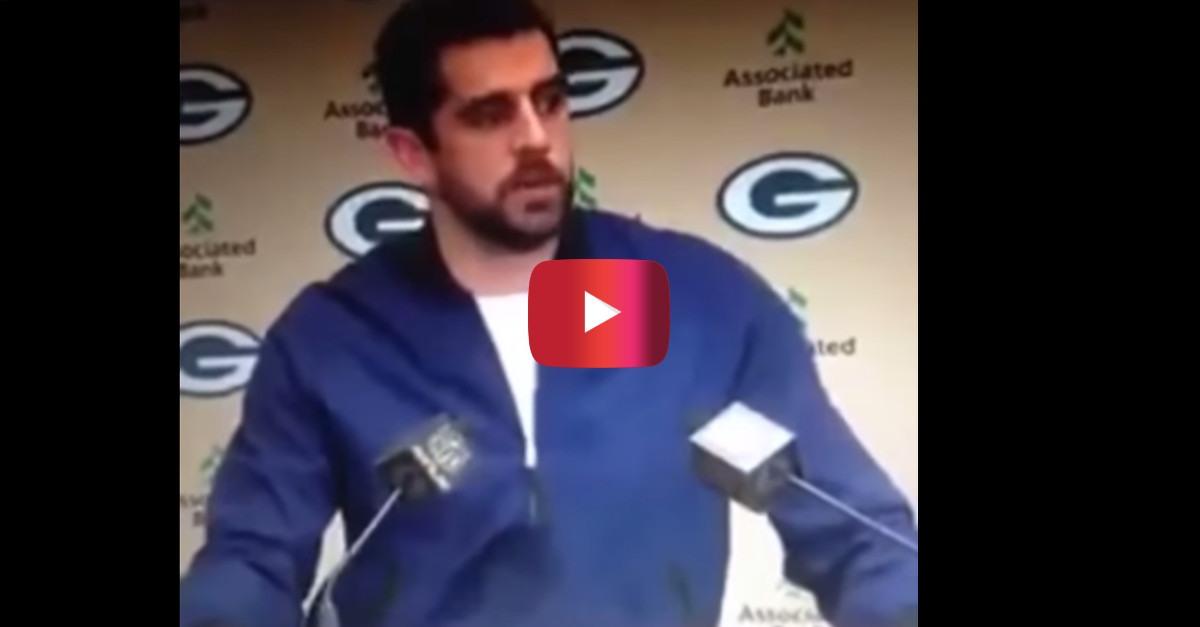 After the Detroit Lions handed his Green Bay Packers a devastating loss on Sunday, Packers quarterback Aaron Rodgers addressed the media, and spoke about Friday’s terrorist attacks in Paris, France.

Before the game, the stadium observed a moment of silence, a move that Rogers believes is important to show unwavering support.

“I think it’s important to do things like [the pregame moment of silence],” Rodgers said.

“We’re a connected world… you know, six degrees of separation.”

During the moment of silence, Rogers heard a fan yell what some claim was “Muslims suck.” This move greatly disappointed the NFL legend.

“I must admit, though, I was very disappointed with whoever the fan was who made a comment that I thought was really inappropriate during the moment of silence,” Rodgers said.

“It’s that kind of prejudicial ideology that I think puts us in the position that we’re in today as a world.”

After the game, droves of people from around the world praised Rodgers for his comments, noting it was important to remember who is responsible for terror and who is completely innocent.

We need more people to speak out like this in the world …..nothing but absolute #RESPECT for Aaron Rodgers! https://t.co/9CpkEyPHD4