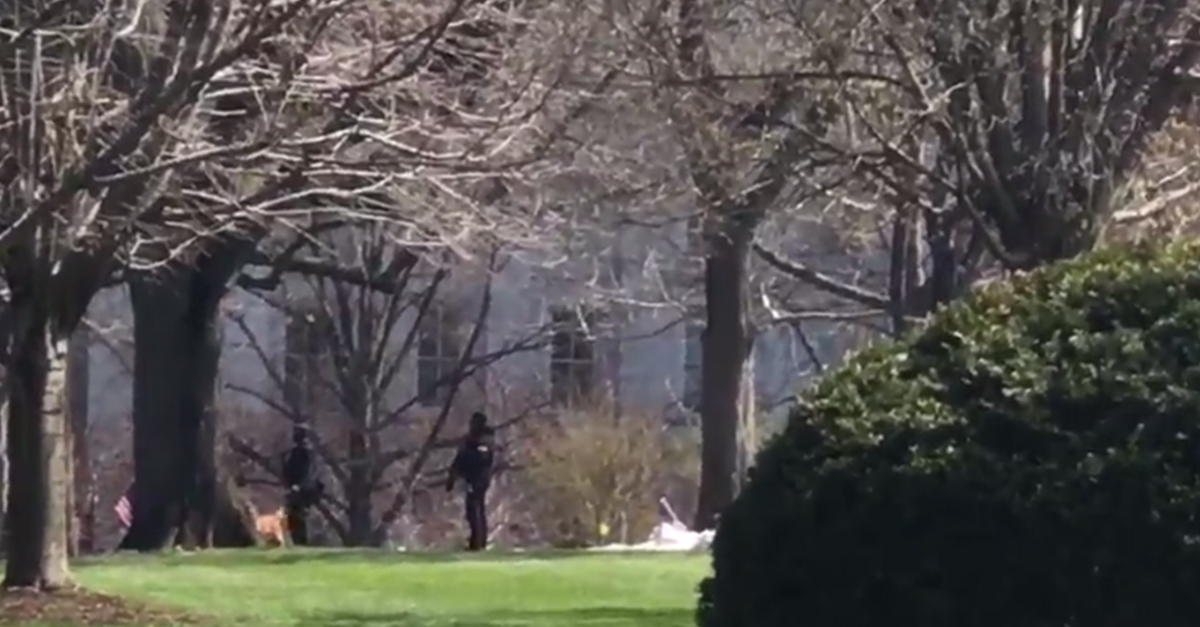 According to a tweet from Fox News, the Secret Service worked to neutralize another person who hopped the White House fence on Saturday afternoon.

Shortly after 12:30 P.M., Fox reported that Secret Service had cleared out the White House grounds and nearby Lafayette Park for an unclear reason. Their cameras showed agents with guns drawn and several dogs searching the surrounding areas.

The latest breach in security comes in the same week after someone hopped the fence and reportedly roamed the ground for up to 15 minutes.

Secret service dogs and officers with long guns deploy to north lawn of WH. Source tells me someone tried to jump fence. @potus not here pic.twitter.com/xFydoXRERy

President Donald Trump was not in the White House at the time. On Friday, he departed to Florida for his fifth time as President of the United States.