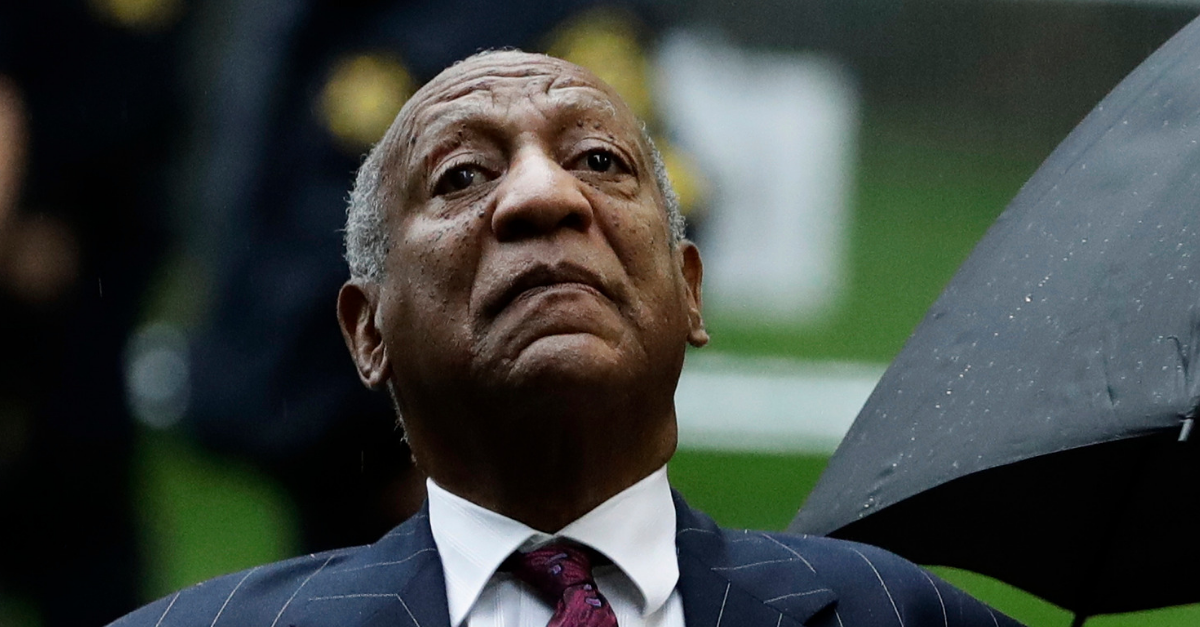 A roundup of some of the most popular but completely untrue stories and visuals of the week. None of these is legit, even though they were shared widely on social media. The Associated Press checked these out. Here are the real facts:

THE FACTS: Comedian Bill Cosby, now inmate No. NN7687 in a Pennsylvania prison, was not slapped with a chicken patty or a hot dog bun during food fights, despite stories circulating online. Reports claiming inmates were throwing food at the 81-year-old Cosby began circulating on online news sites and social media soon after he was sent to prison for sexual assault. He was sentenced to three-to-10 years in prison Sept. 25, after being convicted of drugging and sexually assaulting a woman at his gated estate in 2004. Pennsylvania Department of Corrections spokeswoman Amy Worden told The Associated Press that Cosby had not been involved in any food fights since his incarceration. And, she noted, he does not eat in the main dining room with other inmates.

THE FACTS: Democratic Congressman Beto O’Rourke of Texas, who is running against Republican Sen. Ted Cruz for a Senate seat, has not been charged with federal campaign finance violations as suggested in claims circulating online. The claims stem from a letter the Federal Election Commission sent the O’Rourke campaign, dated Sept. 30, that identified potentially “excessive, prohibited and impermissible” contributions from supporters. O’Rourke raised nearly $24 million through the first half of 2018 in his challenge against Cruz, defying expectations and making the Senate race one of the most expensive of the midterm elections. Claims on social media have mischaracterized the letter to suggest O’Rourke had been “slapped with federal charges” that will derail his candidacy. However, the FEC said it routinely sends similar letters to political campaigns and the notices carry no civil or criminal penalties. Cruz’s campaign has received the same notices, including one as recently as June, according to FEC filings.
___

NOT REAL: “Heads up Georgia. The Muslim Brotherhood is backing Abrams”

THE FACTS: In a photo circulating on Facebook, Democratic Georgia gubernatorial candidate Stacey Abrams and activist Linda Sarsour are pictured holding a sign that says: “COMMUNIST STACEY ABRAMS GOVERNOR #MuslimBrotherhood.” The photo has been altered. Abrams’ office said that in the original photo, taken at a 2018 Women’s March anniversary event in Georgia, the women are holding a sign that reads “Stacey Abrams Governor.” Abrams tweeted the photo in January, saying that she was “proud to stand” with Sarsour, an organizer of the march who wears a hijab. “This photo has been doctored to imply that Stacey Abrams has affiliations she does not have,” Priyanka Mantha, Abrams’ director of communications, told The Associated Press in a statement. “While true that the photo was taken with one of the co-chairs of the Women’s March in 2018, the sign being held up has been altered in a deceitful attempt to mislead voters.”

THE FACTS: Alan Greenspan, former chairman of the Federal Reserve, did not die despite reports that circulated on Twitter early Tuesday. His wife, Andrea Mitchell, responded to the erroneous information tweeting, “By now you know the rumors are a hoax. Alan’s doing great. In fact, he has a new book out next week!”
___

This is part of The Associated Press’ ongoing effort to fact-check misinformation that is shared widely online, including work with Facebook to identify and reduce the circulation of false stories on the platform.