Bowe Bergdahl was rescued from Taliban captivity, but he may be a prisoner for life 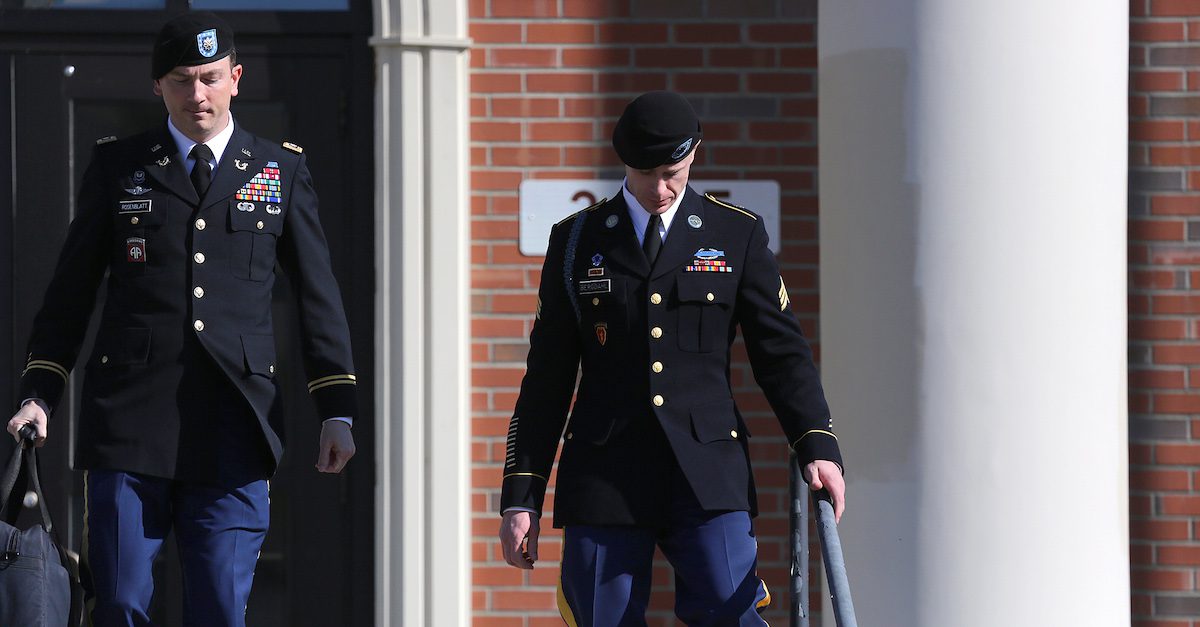 AP Photo/Ted Richardson
Army Sgt. Bowe Bergdahl, right, leaves a pretrial hearing at Fort Bragg, N.C. with his defense counsel Lt. Col. Franklin D. Rosenblatt, left, on Tuesday, Jan. 12, 2016. Bergdahl, who was held by the Taliban for five years after he walked off a base in Afghanistan, faces charges of desertion and misbehavior before the enemy. (AP Photo/Ted Richardson)

After five years in captivity under the Taliban, Sgt. Bowe Bergdahl could spend the rest of his life behind bars in the United States. The sentencing hearing to determine his fate begins Wednesday at Fort Bragg in North Carolina.

Current and former members of the U.S. military who were injured in the search for Berghdal may testify in what is expected to be a dramatic hearing, according to reports, including Navy SEAL Senior Chief James Hatch, who was shot in the leg attempting to rescue Bergdahl. The hearing was originally scheduled for Monday but was delayed on account of an emergency for a lawyer involved in the case.

Bergdahl last week pleaded guilty to desertion and misbehavior before the enemy, admitting to a military judge, Army Col. Jeffery R. Nance, he left his post on his own and that he understands it was against the law.

RELATED: Army deserter Bowe Bergdahl says the Taliban was more “honest” with him than U.S. jailers

The 31-year-old Army sergeant entered his plea without cutting a deal with prosecutors for a lesser punishment, possibly in hopes of leniency from the judge. The plea, Time magazine reports, may be a sign that the evidence against Bergdahl was strong and that punishment may be harsh.

Bergdahl walked away from his post in Paktika province, Afghanistan in June 2009. Hours later, he was captured by the Taliban. He was released in a controversial 2014 prisoner swap in exchange for five Guantanamo Bay detainees.

Bergdahl told a British TV journalist his Taliban captors were more honest with him than the U.S. military in an interview reported in The Sunday Times of London. In preliminary hearings over the last several years, Bergdahl’s defense team has described his captivity as torturous, saying he was beaten, chained and refused medical attention.