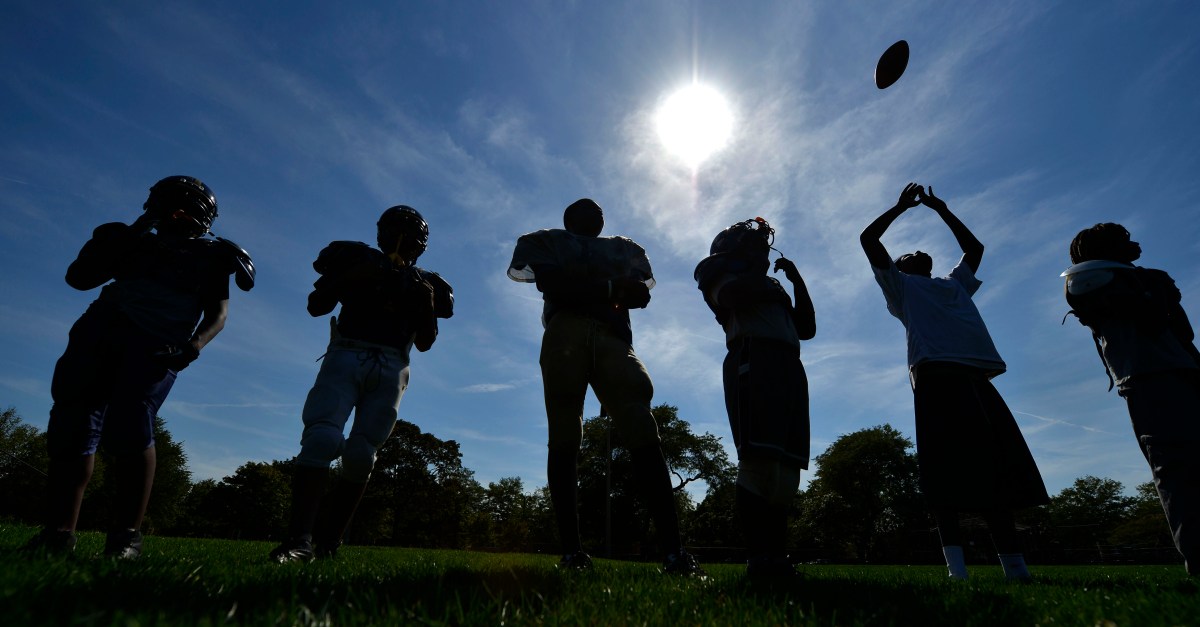 (AP Photo/Brian Kersey)
Members of the Foreman High School football team watch as teammates practice kickoff returns during an unofficial practice at Chopin Park, Friday, Sept. 14, 2012 in Chicago. The strike in the nation's third-largest school district could have unintended consequences for Chicago students whose college dreams are tied to their actions on the playing field. (AP Photo/Brian Kersey)
""

A Pennsylvania quarterback is off his college team after he knelt for the national anthem for the second game in a row.

Gyree Durante, a sophomore, is a second-string quarterback at Albright College in Reading, Pa., who said his decision to kneel was a protest against racism and social injustices in the nation. Durante, who is a native of Norristown, Pa., told NBC Philadelphia “At some point in life, there’s going to be a time when you’ve got to take a stand. For me it just happened to be on Saturday afternoon.”

A spokeswoman for the college said the decision to stand during the anthem was agreed upon by the entire team. She says the team agreed to kneel during the coin toss and stand during the anthem. The spokeswoman explained that the decision to kneel was done “out of the mutual respect team members have for one another and the value they place on their differences.” Her statement went on to say that Durante’s decision to kneel showed that he “chose not to support team unity,” leading to his dismissal from the team.

Durante’s teammates said they believe their colleague broke the trust of the team. One freshman said, “[T]ime and time again he told us he would stand … When you can’t have a player on a team that you can trust, he’s got to go.”