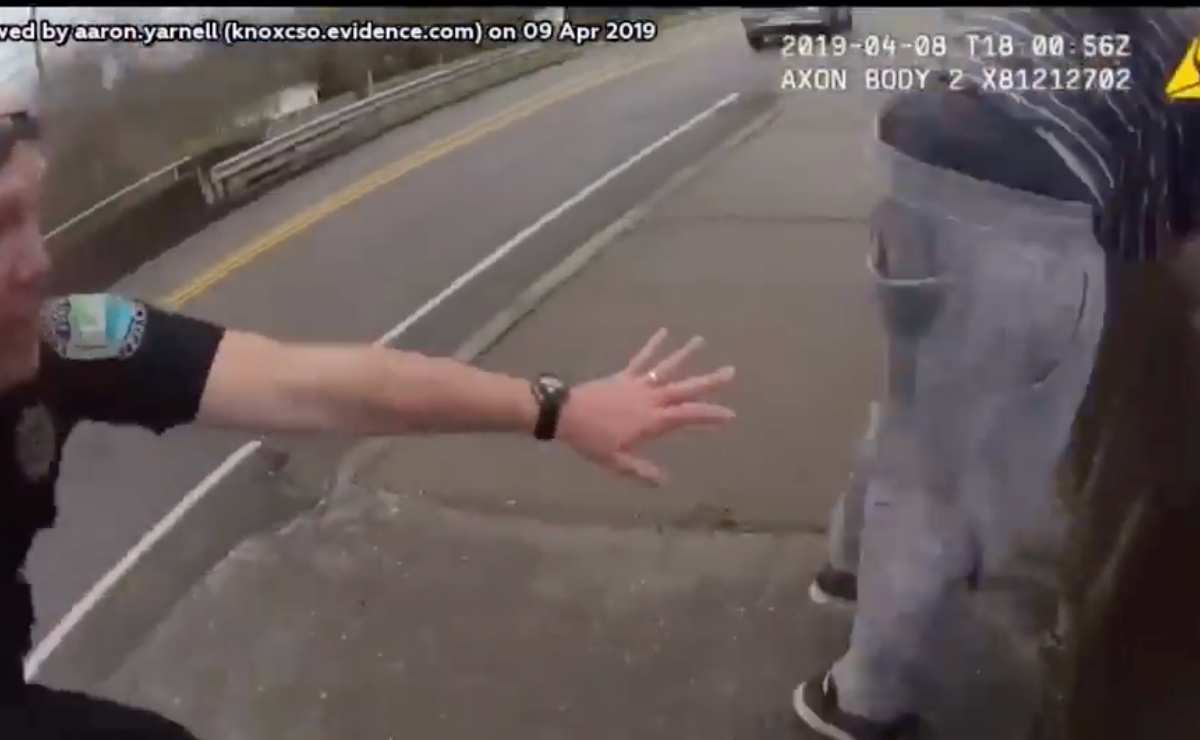 Back on April 8th, Knox County Sheriff’s Office Traffic Unit officer Brian Rehg had maybe the most memorable day of his entire career, if not his entire life.

Officer Regh and Lt. Chris McCarter were responding to a man who appeared suicidal standing on an overpass on Pleasant Ridge Road near Knoxville, Tennessee. Before the officers could talk the young man out of jumping he made for the edge of the overpass and went over. Fortunately for everyone involved Offier Rehg’s quick reflexes allowed him to grab onto the subject and prevent him from diving headfirst into oncoming traffic below.

That video is incredible. And terrifying. Those are the sort of human reflexes that literally only a life or death situation — or maybe years of elite athletic training — can induce. Catching a man by his leg as he leaps off a bridge? Give Officer Rehg all the medals. Give him an ESPY. There is no sports highlight more impressive than this. That’s just pure, raw, animal reflex. No thought. No hesitation. Just reaction.

This is like a highlight of a dad moving with superhuman speed to stop his toddler from wandering in front of a speeding pickup truck but somehow like twenty times more impressive. Rehg just caught like 200 pounds in mid-air. That’s something you see The Rock do in a movie and think, “lol yeah right but whatever I paid to see Fast and Furious 9 not some documentary” before cracking one of the tallboy cans of Busch you snuck in with you.

So anyway, Officer Brian Rehg might’ve outed himself as a superhero. Also, the young man he caught all the way back in April is alive and well. Thank you for your service, sir. Knox County is a whole lot safer with you in it.

This article was originally published on September 17, 2019.

Watch: Hear George Strait Honor Police Officers With ‘The Weight of the Badge’