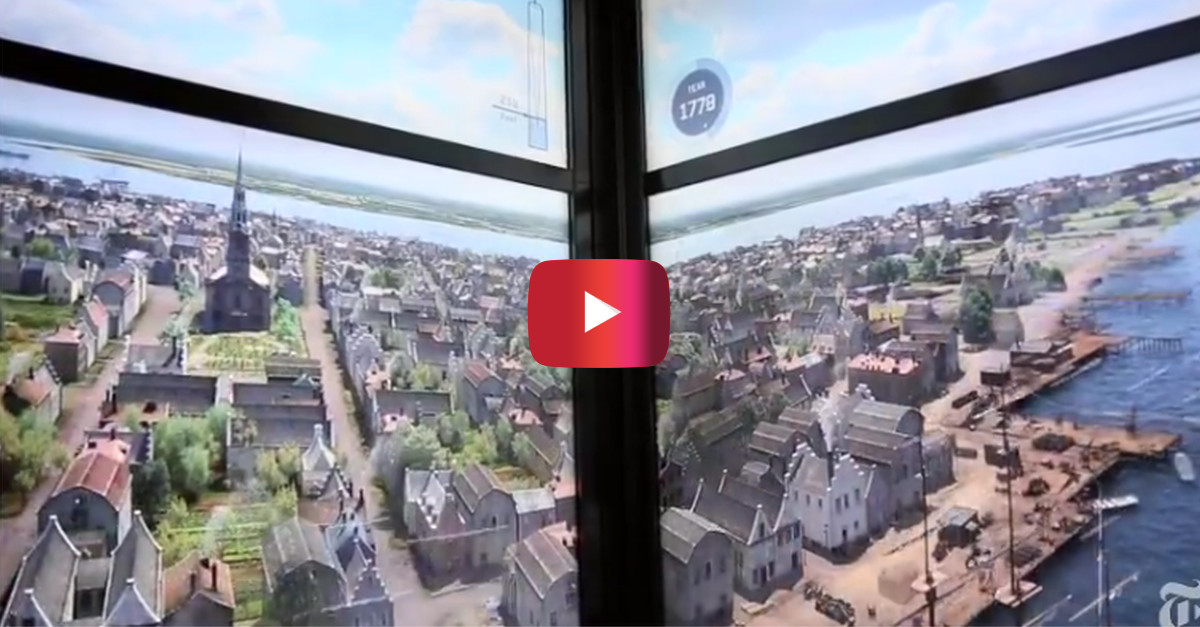 A new video from the New York Times takes you on a time-lapsed journey through the history of New York.

Starting underground at the location of 1 World Trade Center in the year 1500, you get to ride up the elevator and watch the city of New York transform.

For roughly four seconds, the south tower comes into view on the right hand side of the screen before it disappears in 2001.

“The event is certainly a key part of history,” David W. Checketts who heads up Legends Hospitality, the company that will operate the three-leveled observatory, told the Times of the Septer 11, 2001 attack.