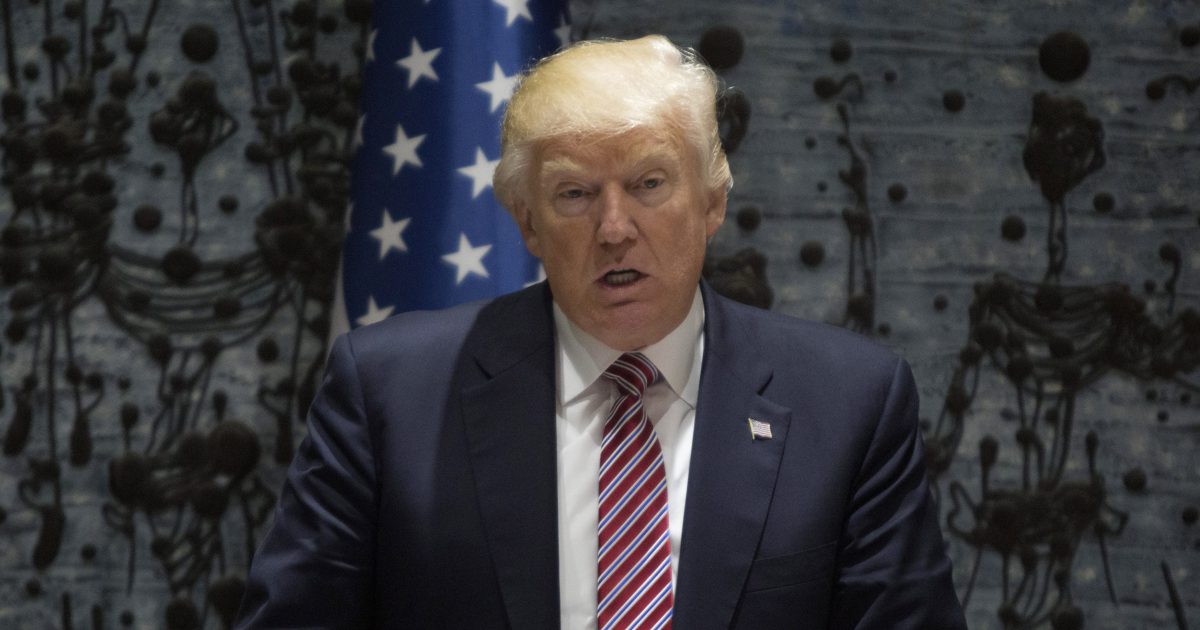 Lior Mizrahi/Getty Images
JERUSALEM, ISRAEL - MAY 22: (ISRAEL OUT) US President Donald Trump (L) speaks during a joint statment with Israel's President Reuven Rivlin at the President's House on May 22, 2017 in Jerusalem, Israel. Trump arrived for a 28-hour visit to Israel and the Palestinian Authority areas on his first foreign trip since taking office in January. (Photo by Lior Mizrahi/Getty Images)

President Donald Trump sought to have Director of National Intelligence Daniel Coats and National Security Agency Director Adm. Michael Rogers publicly discredit the FBI’s investigation into Russian ties to his campaign by denying the existence of any evidence of collusion.

That’s according to current and former intelligence officials who spoke to The Washington Post.

On March 20th, former FBI Director James Comey confirmed under oath to the House Intelligence Committee that there was an ongoing FBI investigation into ties between the Trump campaign and Russian interests.

RELATED: The same people who chanted “lock her up!” now insist Donald Trump has never done anything wrong, ever

That, say intelligence officials, kicked off a series of attempts by Trump to have Coats and Rogers step forward to publicly undercut the investigation. Both believed the requests to be highly improper and did not cooperate, according to intelligence.

At least one of the conversations — with NSA Director Rogers — was documented in a memorandum retained by the NSA. The Washington Post reports that NSA officials are prepared to make it available to House and Senate committees investigating the issue as well as former FBI Director Robert Mueller’s investigation.

When reached for comment, a White House spokesperson told The Washington Post: “The White House does not confirm or deny unsubstantiated claims based on illegal leaks from anonymous individuals.”