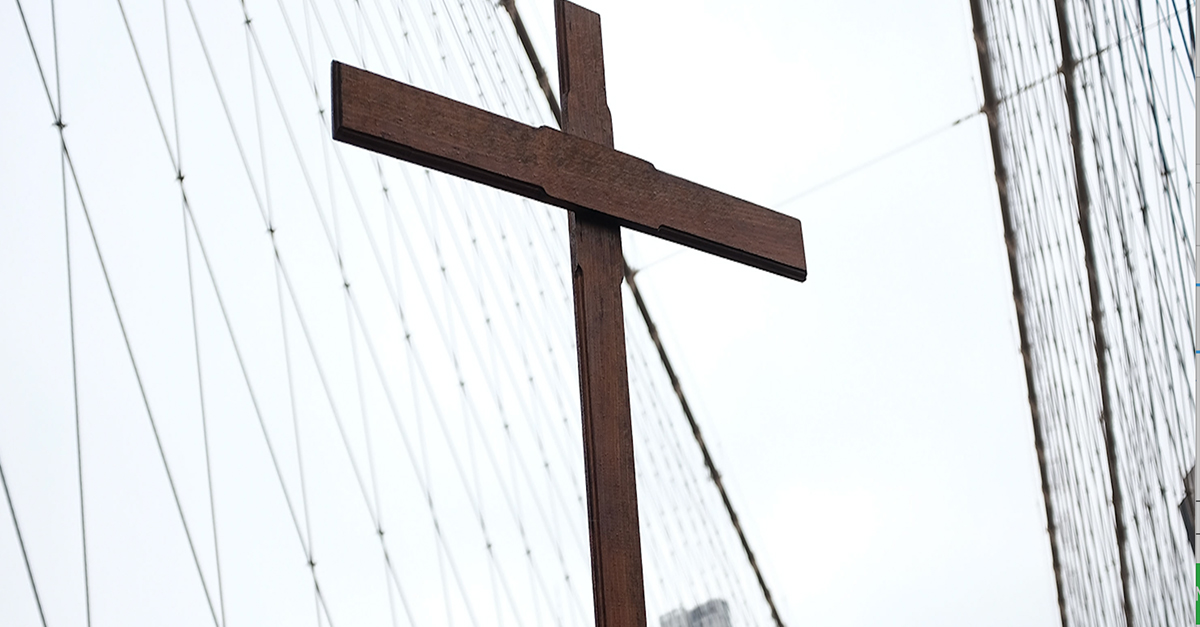 (Photo by Spencer Platt/Getty Images)
NEW YORK, NY - APRIL 03: A worshipper pauses while holding the cross during the Way of the Cross procession over the Brooklyn Bridge on April 3, 2015 in New York City. The Way of the Cross is a traditional Catholic procession recalling the suffering and death of Jesus Christ and often includes Gospel readings, choral music and readings at stations along the way. This is 20th anniversary of the procession across the iconic bridge. (Photo by Spencer Platt/Getty Images)

A police report says a prominent Florida pastor was forced to run out of a house naked after a woman’s husband came home to find him having sex with his wife.

RELATED: The lengths this voodoo priest went to have sex with women and a young girl are unreal

The Tallahassee Democrat reports police documents show a woman’s husband found her in bed with Pastor O. Jermaine Simmons in the middle of the afternoon on Jan. 17. The woman told police that her husband yelled that he was going to kill Simmons, who fled the apartment naked and hid behind a nearby fence. The husband took the pastor’s clothes, wallet and car keys and later agreed to return the items following negotiations with police.